Toxicology: Is It Influenced by Pharmacogenetics?

Numerous, important differences exist in the ways that humans metabolize xenobiotics. These interindividual differences can directly affect the efficacy and toxicity of drugs and other foreign substances. 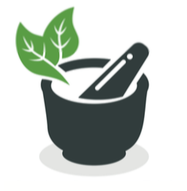 Numerous, important differences exist in the ways that humans metabolize xenobiotics. These interindividual differences can directly affect the efficacy and toxicity of drugs and other foreign substances. As pharmacogenetics plays a larger role in medicine and pharmacotherapy, pharmacists have the opportunity to help patients understand how their prescriptions may help or harm them depending on their specific genetic polymorphisms. To this end, we provide some key examples of how pharmacogenetics influences toxicology.

Increased Conversion of the Prodrug: Codeine

Codeine is perhaps the prototypical example of the role that pharmacogenetics plays in the clinical efficacy of prescription drugs. Codeine has very little biological activity; it is a prodrug. It is converted to its more active metabolite, morphine, primarily by the cytochrome P450 (CYP450) enzyme, CYP2D6. Because poor CYP2D6 metabolizers do not sufficiently metabolize the prodrug, they do not achieve the desired clinical effect at standard doses. The results are large blood and urine levels of codeine and relatively low levels of morphine and subsequent metabolites. Since 1 in 10 Caucasians are poor CYP2D6 metabolizers, this clinical situation is relatively common.

The reverse is also true. A relatively small portion of the population has an extra functional copy of the CYP2D6 gene, which means that they are ultra-rapid CYP2D6 metabolizers. Thus, standard doses of codeine produce rapid and substantial increases in morphine levels.1 Case reports have documented the serious and sometimes fatal consequences of codeine use in ultra-rapid CYP2D6 metabolizers.2-5

The drug—drug interactions associated with warfarin are legendary. Moreover, establishing a stable dose of warfarin that achieves the desired anticoagulant effect may take weeks of intense dose titration. Recent work has shown, however, that genotypic differences in metabolizing enzymes can play a role in warfarin’s toxicity. Individuals with the *2 and *3 variant alleles of CYP2C9 have significantly lower rates of warfarin clearance and are more likely to experience bleeding events.6,7 Simple genotyping of CYP2C9 and a few other key genes, like VKORC1, could explain a substantial amount of dosing variance.8-10 This may also extend to other vitamin K antagonists, such as acenocoumarol and phenprocoumon.

Clinicians who prescribe certain antiepileptic drugs often order frequent blood draws to measure levels of the prescribed drug. Phenytoin is a good example. Elevated levels of phenytoin can cause a number of adverse effects. Therefore, taking blood measurements of phenytoin became standard practice long before pharmacogenetics could provide an explanation for interindividual variability.

The role that pharmacogenetics plays in phenytoin metabolism came to the public’s attention in 2001 with the publication of 2 case reports. In the first report, a woman developed neurological signs of phenytoin intoxication after 10 days of treatment with the drug. Serum concentration measurements showed that her specific elimination half-life of phenytoin was more than 100 hours. The published half-life for phenytoin is about 24 hours, and the drug is metabolized through CYP2C19 (major), CYP2C9 (major), and CYP3A4 (minor). When the woman was genotyped for P450 enzymes, she was found to be homozygous for CYP2C9*3 and heterozygous for CYP2C19*2.11 Slow metabolism of CYP2C9 forced phenytoin through other CYP450 enzymes, but they inefficiently detoxified the drug, leading to intoxication.

Later that same year, an African American woman presented with symptoms of phenytoin intoxication. Her phenytoin elimination half-life was calculated at 13 days. Genotyping revealed that she was homozygous for the CYP2C9*6 variant, which was the first description of a null allele at this locus.12 Other genotypes are now known to directly affect phenytoin toxicity.13 Moreover, genetic polymorphisms are known to play an important role in the toxicities of several other antiepileptic drugs, such as carbamazepine and valproic acid.14

Like codeine, tamoxifen is a prodrug converted into the active metabolites endoxifen and 4-hydroxytamoxifen. CYP2D6 is the rate-limiting enzyme in this process. Poor CYP2D6 metabolizers (eg, homozygous for the CYP2D6*4/*4 genotype) inefficiently convert the prodrug to its active metabolites. Not surprisingly, women with surgically resected HER-2 positive breast cancer who were also poor CYP2D6 metabolizers relapsed faster and had worse disease-free survival than normal metabolizers.15 To make matters worse, poor metabolizers had substantially more occasions with moderate or severe hot flashes, presumably due to the higher circulating levels of the prodrug.

Pharmacogenetics provides a tool for explaining a substantial portion of adverse drug effects. As new research in this area emerges, genotyping will provide increasing actionable information to predict and avoid drugs toxicities in at-risk individuals. Because helping patients understand and avoid drug toxicities has been the domain of pharmacists since the beginning of the profession, pharmacists are uniquely positioned to help patients understand this new world of pharmacogenetics. Many high-yield resources are available for pharmacists to educate themselves and learn how to talk with patients about pharmacogenetics testing, results, and outcomes.