For many years, hydrocodone was the most prescribed drug in the United States&mdash;overall, not just among controlled substances&mdash;and available only in immediate-release form, mostly in combination with acetaminophen. 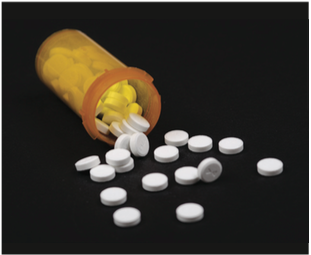 For many years, hydrocodone was the most prescribed drug in the United States—overall, not just among controlled substances&mdash;and available only in immediate-release form, mostly in combination with acetaminophen. These combination drugs, which were the vast majority of what was offered, were Schedule 3 opioids. However, in its pure form, hydrocodone was always a Schedule 2 substance.

Hydrocodone also was arguably the most abused pharmaceutical, partly because it was prescribed in such large numbers. As a controlled substance, therefore, it’s not surprising that a portion of the prescriptions was abused. In October 2014, hydrocodone combination products were rescheduled as Schedule 2, making refills impossible and requiring a trip to the prescriber for a new prescription. The reason for the rescheduling is hard to argue against: because of its abuse history and potential, hydrocodone should have been moved to the most restrictive class long ago.

After rescheduling, prescriptions dropped significantly: from 120 million in 2014 to 93.5 million in 2015. Why did this happen? For many reasons, I suspect. Patients could not obtain multiple refills. Perhaps their pain went away, and new prescriptions weren’t necessary.

Did patients continue to refill their hydrocodone prescriptions even when they weren’t necessary? If so, were they selling or abusing their drug and not taking it as prescribed? Clearly, prescribers reduced their output of hydrocodone. But why? How much was due to the reason just described, and how much was due to prescribers worrying about regulators and law enforcement when giving out a Schedule 2 drug? Another possibility is that a certain percentage of the hydrocodone prescribed was unnecessary. I have no doubt that this was part of the problem, as it is for all controlled substances.

The DEA has announced its quota cuts for controlled substances in 2017, reducing hydrocodone prescriptions to just under half of the 120 million written in 2014. Many have protested this cut, which falls on the heels of the significant reduction in prescribing since its rescheduling. It appears that the rescheduling has worked and that the necessity of making further cuts via quotas is questionable.

It is important to care about the quotas of controlled substances in order to try to minimize the negative impact they have on legitimate pain patients. I think that the rescheduling of hydrocodone was necessary and falls in line with the definition of a Schedule 2 drug and that a certain percentage of hydrocodone was being prescribed unnecessarily—which rescheduling was likely effective in addressing. However, I question the move to reduce the quota of hydrocodone so drastically that it may impact patients.

There are some signs that prescription drug abuse has decreased. Unfortunately, because this is likely connected to our current heroin plague, overall addiction levels have likely not seen similar decreases. Abuse-deterrent formulations that work and, tragically, the heroin scourge are helping to recognize the suffering of legitimate pain patients. I would hate to see these patients continue to suffer because of quotas that are too severe or not needed.

CMDR Burke is a 48-year veteran of law enforcement, having retired from the Cincinnati Police Department and the Warren County Drug Task Force. He is past president of the National Association of Drug Diversion Investigators, current president of the International Health Facility Diversion Association (ihfda.org), and owner of Pharmaceutical Diversion Education Inc. He can be reached by e-mail at burke@rxdiversion.com.