The Evolving Treatment Landscape in CLL: Updates from ASH 2021 - Episode 6

Anthony Perissinotti, PharmD, BCOP: There was some data from the MURANO study, which is another fixed-duration therapy in the relapsed/refractory setting. So I’ll have Dr Hanna describe this trial and what they presented at ASH [American Society of Hematology Annual Meeting 2021].

Kirollos Hanna, PharmD, BCPS, BCOP: Thanks, Dr Perissinotti. It’s really exciting and I’m really glad you brought up the concept of MRD [minimal residual disease] negativity because this is really the new and upcoming concept in CLL [chronic lymphocytic leukemia] therapies. But it’s like you said. What does that really mean? Even if we do achieve MRD negativity, peripheral blood, or lymph nodes, or whatever it may be, the progression-free survival for most of the things that we’re seeing tends to be the same regardless of the combination. Two of the main trials that really have led to this concept of finite treatment duration and combination BCL2 [B-cell lymphoma 2] with other therapies are really that CLL14. And that frontline setting that Dr Perissinotti has been mentioning that’s really looking at combination ven [venetoclax (Venclexta)]/obinutuzumab [Gazyva], and the MURANO trial in the relapsed/refractory setting looking at combination venetoclax with rituximab [Rituxan]. One was designed for patients to be treated for 1 year in that frontline setting. The other was designed for patients to be treated for 2 years in that relapsed/refractory setting. What they observed in this clinical trial or what we saw at ASH is that they wanted to take MRD analysis a step further. They actually looked at various samples in patients from MURANO because what we observed in MURANO is that for those that were able to achieve MRD negativity, there was a trend toward better outcomes. However, it wasn’t deemed to be statistically significant, nor was the trial powered to deem statistical significance. But what they wanted to do is look at MRD-positive samples in patients that were treated with venetoclax/rituximab to see if there’s any incidence in the nature or the frequency of acquired mutation in the BCL2 family genes or even TP53 mutation. Interestingly enough, what they noticed in MURANO was that there were no acquired BCL2 mutations in the analysis of the patients that they looked at in regards to this fixed duration. Ultimately, potentially utilizing a BCL2 inhibitor after patients were off of therapy, Dr Perissinotti, you and I have discussed this before, is that we’re seeing some clinicians if they get patients off of therapy after that 2-year duration or even that 1-year, they will go back and retrial venetoclax alone later down the line if the patient shows any signs of progression. In this trial, they did observe about 40% of patients that did acquire some type of TP53 mutation. However, when they looked at that a little bit further, again this was a smaller subset of patients though, so I do think that further data is warranted or further research is warranted here, but they concluded that having this TP53 mutation did not preclude any type of response outcomes to further treatment or subsequent lines of therapies after patients progressed. So it’s interesting to see. We did see again 40%, almost half of your patients having a TP53 mutation. Again, no BCL2 mutations there, so very, very interesting from what we saw in MURANO.

Anthony Perissinotti, PharmD, BCOP: One point that I thought was the most interesting in this study was what you’re alluding to, is what do we do with patients after they’ve relapsed after this MURANO regimen? They get 2 years of therapy and let’s say they relapse 2 years later. What do we do? Do we just give them a BTK [Bruton tyrosine kinase] inhibitor if they haven’t received it in the past? Or do we consider retreating them? And you alluded to this, but I think this is the most clinically relevant thing from this study that I’m going to take home, is that there were about 60% to 65% of patients that responded again to venetoclax despite essentially relapsing off of a regimen like venetoclax. So these data are also a very similar thing has been shown in the frontline setting in CLL14. Those patients after they’ve relapsed after a year of their therapy, being retreated with venetoclax, you still see pretty good responses. And so it begs the question of can we just retreat these patients, and who are the patients that we can retreat? In this study, they tried to look at mutations and maybe identify maybe certain mutations will predict who’s going to respond or not. But honestly, we have no idea. The practical thing that I take away is you can potentially retreat them. I have no idea who the patients are. But what I do in clinical practice is that if it’s a patient that has had a nice, durable remission despite being off of venetoclax for a year or 2 in the second-line, 3 or 4, 5 years in the frontline, I’m going to retreat them with venetoclax. I think that was the most interesting aspect of this study personally. 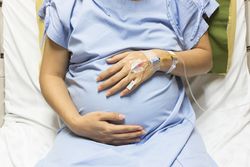