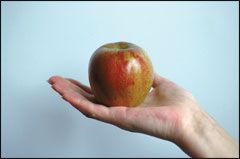 Whereas teens who say "no" to smoking cigarettes are taking a big step toward living a healthy lifestyle, if they are obese, they will have the same risk of death during adulthood as those who did pick up the smoking habit, according to a study published in the February 24, 2009, issue of the British Medical Journal.

Researchers from the Karolinska Institute, Sweden, followed >45,000 men for an average of 18 years. The study participants' body mass index and smoking status were recorded at the age of 18. Overall, the researchers evaluated 1.7 million person-years for the study, evaluating the men's health and mortality. During that time, 2897 of the participants died.

The data showed that obese, teenaged nonsmokers held the same doubled risk of premature mortality as heavy smokers. The early death risk for heavy smokers with obesity was increased 5-fold.

Mothers in chaotic households run a higher likelihood of becoming obese, according to a study published in the February 2009 issue of the Journal of Health Care for the Poor and Underserved. The researchers defined household instability as a "tenuous home environment" that includes stress over issues like financial insecurity and being able to keep children fed.

The investigators analyzed data from the Fragile Families and Wellbeing Study, in which 1449 mothers and their children in 20 US cities were analyzed between 2001 and 2004. The mothers evaluated were an average of 28 years old, and 40% of the children did not have fathers living in the household. The 2000 US Census was used to determine poverty in a given area.

The results showed that mothers with the most unstable households in areas largely untouched by poverty were more likely to be obese (odds ratio = 1.8, 95% confidence interval 1.2- 2.26). In children, however, the instability of the household was not a factor in overweight or obesity.

Dialing Up a Decrease in Pounds for Obese Patients

A study published in the Annals of Internal Medicine (February 17, 2009) evaluated the efficacy of 5 delivery methods for a program to help obese patients make lifestyle modifications. Obese patients (n = 376) taking 10 mg/ day of sibutramine (Meridia) were randomly assigned to the 5 groups.

The researchers found after 6 months that the patients who underwent high-frequency telephone (n = 76) or faceto- face (n = 74) counseling from a dietician not only saw similar weight-loss results, but also lost considerably more weight than those subject to the other intervention methods.

As the number of overweight and obese Americans grows, so does the incidence of nonalcoholic fatty liver disease (NAFLD), new research has found. The disease, which consists of large numbers of fat deposits in the liver, affects about 20% of Americans.

The incidence of fatty liver disease keeps increasing, though it is hard to say just how much, according to Brent Tetri, MD, a hepatologist at the Liver Center at St. Louis University School of Medicine.

"We do not yet know the full extent of the problem, since it is a 'silent disease' with few symptoms," said Dr. Tetri. "A lot of people do not even know they have it until the damage is very severe."

Damage from NAFLD can vary. Some patients with the condition have no issues as a result, whereas about 25% of patients develop inflammation called nonalcoholic steatohepatitis (NASH). For a third of that group, NASH can bring on cirrhosis-level liver scarring that sometimes results in organ failure, which necessitates a liver transplant, or death.

Because the incidence of fatty liver disease is directly correlated with lifestyle, the condition can be reversed with proper diet and exercise if it is caught early, said Dr. Tetri