Ms. Khani and Dr. Coster are copresidents of the Coalition for Community Pharmacy Action.

The Coalition for Community Pharmacy Action (CCPA) applauds such a significant down payment on health care reform, and we believe there are great opportunities for pharmacy moving forward. We want to be part of a reformed health care system, and have developed a series of principles that emphasize the importance of expanding pharmacists' clinical services to improve the outcomes of medication use. We also are advocating for greater health care interoperability for the pharmacist, so that we have information that helps us provide better patient care services&#8212;such as laboratory and diagnosis information. We also believe that the Medicare Part D medication therapy management (MTM) program can be made more meaningful and effective for our patients. 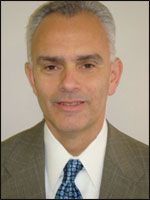 But a commonly heard phrase in Washington is "the devil is in the details." Some of the money used to pay for potential health care expansions comes from cuts to federal health care programs. Fortunately, the proposed budget outline makes no mention of reductions to pharmacy reimbursement or the use of average manufacturer price (AMP) as a reimbursement benchmark.

Targeting fraud, waste, and abuse (FWA), however, in Medicare was highlighted in the proposal. CCPA supports the goal of eliminating FWA in public programs, but some misguided attempts directed at reducing FWA have resulted in unnecessary and onerous mandates for pharmacy. These include the recent requirements that pharmacies obtain both accreditation and surety bonds to continue to provide durable medical equipment for Medicare Part B beneficiaries. CCPA will monitor this issue as legislation is developed to ensure that FWA efforts are targeted at unscrupulous operators and do not place additional burdens on legitimate providers.

Other spending reductions in President Obama's budget include eliminating $177 billion over 10 years in subsidies paid to health insurers that operate Medicare Advantage plans. The budget also would increase the Medicaid rebates paid by drug manufacturers from 15.1% to 22.1% of the AMP and apply the additional rebate to new drug formulations. In addition, it would allow states to collect rebates on medications provided through Medicaid managed care plans. Proposed tax increases also would contribute to the health care reserve fund.

Uniform standards are currently lacking for MTM in Part D, and this lack of standardization is unfair to Medicare beneficiaries and limits the potential of MTM to improve care and maximize savings to the Medicare program. CCPA will advocate for an improved MTM program&#8212;as well as ensuring wide availability of MTM for Medicare beneficiaries at community pharmacies.

Other items of interest in the budget proposal include plans to establish a regulatory pathway for the approval of generic biopharmaceuticals; new efforts by the FDA to allow Americans to buy safe and effective drugs from other countries; and efforts to build on the economic stimulus bill to increase adoption of health information technology and the use of electronic medical records.

CCPA will work with the president and Congress as legislation is advanced to provide high-quality, cost-effective health care coverage for all Americans.

The Coalition for Community Pharmacy Action (CCPA) is an alliance between the National Association of Chain Drug Stores (NACDS) and the National Community Pharmacists Association (NCPA), which together represent more than 55,000 community pharmacies. CCPA leverages the support, effort, and infrastructure of NACDS and NCPA while engaging community pharmacy to participate and advocate on issues affecting the industry.