Vaccine hesitancy is largely due to a pre-existing, generalized negative attitude toward vaccines as a whole, according to a study published in Social Psychological Bulletin. The investigators said that attention-grabbing anti-vaccine arguments, regardless of scientific basis, as well as an overall distrust of the pharmaceutical industry, science, and health providers, seems to be primarily responsible.

The study collected arguments during a conference in which people opposing vaccination presented their stance on the subject, with a total of 492 participants self-identified as either ambiguous toward or opposing vaccination. According to the investigators, though participants often reported their stance to be founded on their own negative experience with vaccines or observed negative experiences, explanations remained vague when asked for their reasoning. Many participants reported not remembering the source of their information, and others attributed autism, children becoming sick, or allergies to vaccines, without evidence of correlation.

The investigators attribute this lack of sourcing to the tendency of individuals to remember negative reports regardless of the source, even if these reports are read online from non-credible sources. They also warned that getting similar information from multiple sources leads individuals to forget how they have learned it, potentially confusing it with their own experience, and could become another source of misinformation as a result.

“Confirmation bias consists of an individual actively seeking information consistent with their pre-existing hypothesis, and avoiding information indicative of alternative explanations,” the investigators said in a press release. “Therefore, a pre-existing negative attitude toward vaccines may cause individuals to interpret negative symptoms as consequences of vaccines, further reinforcing the negative attitude.”

Individuals classified as vaccine deniers by the researchers tended to believe that vaccines lead to serious negative adverse effects (AEs), don’t protect the individual and society against infectious diseases, and are not sufficiently tested before introduction. In contrast, those who are classified as vaccine-ambiguous were mostly confident in the efficacy of vaccines, as well as them being properly researched. However, the survey found that they were still susceptible to the anti-vaccine movement’s statements about AEs and conspiracy theories about the pharmaceutical industry. In the opinion of the investigators, they are likely to become vaccine deniers if presented with well-prepared arguments.

The investigators conclude by recommending that efforts are focused on persuading the vaccine-ambiguous group to reduce their concerns about negative effects, because the available evidence is pessimistic about the possibility of changing the attitudes of vaccine opponents. They further recommend that prosocial arguments in favor of vaccines may strengthen the positive points of their attitude. 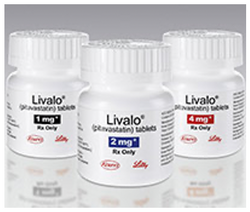