The Swinging Pendulum of Opiate Prescribing

In the several decades I have been in the business of following the diversion of pharmaceuticals, I have noticed a pendulum effect regarding this issue.

In the several decades I have been in the business of following the diversion of pharmaceuticals, I have noticed a pendulum effect regarding this issue. In almost everything important in life, balance is usually paramount; extremes are rarely the answer. However, finding balance is difficult and requires work. Balance requires careful thought, weighing the pros and cons, and taking an action that can be accepted by most individuals because getting everyone to agree is virtually impossible. This holds true regarding the prescribing and dispensing of prescription drugs, especially controlled substances.

Sometime in the early 1990s, it was thought that our nation’s pain sufferers were being undertreated for pain. I think this was likely an accurate assessment, as I saw that my mother-in-law, a chronic pain patient, had been told by her health care provider to never take a controlled substance because she would become addicted if she did. So she, and likely millions of others, tried to get by with aspirin and other OTC drugs to relieve their excruciating pain.

Once it was determined that Americans were undertreated for pain, pharmaceutical companies began producing stronger and longer-acting medications that required fewer pills each day and that provided a steady release of pain medication. Not including acetaminophen in these long-acting medications meant they had no real prescribing ceiling and eliminated the concern for acetaminophen toxicity.

OxyContin was developed and prescribed liberally to treat chronic pain and cancer pain, and it thrived on the market for several years with little or no diversion issues. The diversion issue started in Maine, for some unknown reason, when it was discovered that OxyContin could be compromised and then injected or snorted for a superior high. In late 1999 or early 2000, the abuse issue hit the media and only accelerated from there.

Purdue Pharma, the maker of OxyContin, spent millions of dollars on programs that educated many individuals and helped law enforcement to address this abuse and diversion issue. During this time, most of the world forgot about legitimate pain patients—who were still consuming the majority of opiate pharmaceuticals&mdash; and concentrated on the criminals, the decided minority but definitely the proverbial “squeaky wheel”!

This went on for a little over a decade until Purdue Pharma was able to reformulate OxyContin and produce an abuse-deterrent formulation (ADF) that hit retail markets in August 2010. This ADF was to be extremely difficult to break down for snorting and injecting. However, many individuals were skeptical, and some are still skeptical, regardless of the facts that show that the ADF can be a compelling route for reducing prescription drug abuse.

Around the same time as the OxyContin reformulation in 2010, Mexican drug cartels realized that if addicts were unable to achieve a good high with the ADF of OxyContin, they would need a replacement. That is when heroin was reintroduced into our society, and, unfortunately, it was an instant hit. Heroin was a perfect replacement for prescription opiate addicts, who were introduced to it initially for free, with sellers knowing that they would quickly recoup that initial loss—and they did.

Purity levels of heroin exceed 50%, meaning it can be successfully snorted or injected. Clandestine fentanyl is added for more kick and leads to even more overdose deaths. In today’s market, pure fentanyl is certainly not impossible, as it pours in from China and Mexico, killing Americans at a record rate.

Lately, prescribers are getting suggestions for prescribing guidelines, some that stress reducing testing for marijuana use while decreasing the overall level of controlled substances prescribed. Once again, the pendulum has swung back: abusers are getting the attention and pain patients are left to wonder how these new guidelines will impact their daily lives if their physicians decide to cut them off.

I am all for prescribers being vigilant when it comes to drug seekers, and there are promising programs on the horizon to help reduce prescribing for acute pain. But I fear the latest scrutiny on physicians may negatively impact legitimate pain patients. This is yet another example of how balance is so important: physicians need to address those scamming them and procuring pharmaceuticals from multiple prescribers while safeguarding their legitimate patients who would have trouble living without their medications. It will take a little work to achieve and maintain this balance, but it will reap important results.

Cmdr Burke is a 40-year veteran of law enforcement and the past president of the National Association of Drug Diversion Investigators. He can be reached by e-mail at burke@rxdiversion.com or via the website www.rxdiversion.com. 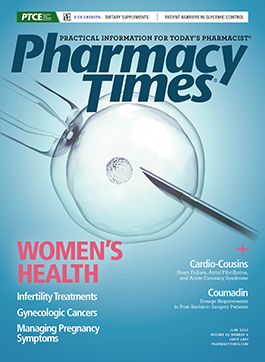