In addition, YouTube can supplement and inform students’ academic experiences.

As pharmacy students try to differentiate themselves in the job market, some are turning to YouTube to establish personal brands.

Social media channels can have a myriad of uses for health care professionals, including networking, educating the public, searching for work, and building a personal brand. A 2016 qualitative study on social media use by pharmacists found that they used YouTube primarily to educate themselves by watching university lectures and amateur as well as professional educational videos. None of the participants reported contributing to YouTube.1

Some pharmacy students, however, are discovering that they can connect with others and build a personal brand with their own YouTube channels. Pharmacy Times® spoke with 2 of them, whom we profile below.

With more than 187,000 views and 5370 followers, fourth-year pharmacy student Jasmine Perry uses her channel to show others what pharmacy school is like.

Perry said she watched many YouTube videos about what to expect in college while she was in high school. So when she started at the University of North Carolina Eshelman School of Pharmacy, she wanted to bring the same kind of information to people who might be considering pharmacy school.

Initially, Perry says, she also wanted to include beauty content on her channel, but that topic fell by the wayside when her pharmacy-related content gained popularity, including videos like “Day in My Life | Pharmacy Edition” and “7 Study Tips Every Pharmacy Student Should Know.” She also discusses other topics such as how to work with patients and managing burnout.

“My largest video on the platform is about the pros and cons of pharmacy school, and that just lists...the different things that I think are beneficial about pursuing this career,” Perry said. “And then there are some things that I didn’t know before...applying to pharmacy school.”

Most of Perry’s videos feature eye-catching thumb-nails with pink text, which Perry says is her favorite color. Displaying her personality and developing a personal brand were also major goals in addition to disseminating information about life as a pharmacy student.

When she started pharmacy school, Perry says she struggled with imposter syndrome because there were not many people who looked like her in the program. By creating her YouTube channel, however, she has been able to share her identity and connect with other pharmacy students of color.

“I wanted to utilize YouTube to share my identity and also find the balance between professionalism and show, ‘Hey, you can utilize your favorite colors’...pink backgrounds...pink font...anything that showcases your personality, as long as you tell your story and remain true to yourself. So personal brand is everything.”

Perry said that she has been able to create a large community from among followers of her channel, including students abroad who have reached out to her. She has also gotten in touch with various companies and even secured
a communications internship with Pharmacy Quality Solutions, which allows her to combine her YouTube experience and pharmacy knowledge.

When asked what advice she would give to pharmacy students interested in the platform, Perry says it offers significant benefits as a source of information and for personal branding. She specifically used it to study pharmacokinetic equations and said that there are myriad resources than can supplement what is taught in the classroom. Beyond that, creating personal videos can help differentiate you from others when you’re looking for a job.

“Pharmacy is a tiny world, and a lot of people know one another,” she said. “Social media is a great way to get your name out there as a student, especially because starting off, we really don’t know our place in the world of pharmacy. It’s a great way to network and it’s a great way to showcase your personal brand.”

After posting his first video on YouTube in 2018, Robert Thompson-Eshun continued creating content about fitness, nutrition, and pharmacy. Now in his final year at St. John’s University College of Pharmacy and Health Sciences, he has garnered more than 54,700 total views.

When he first started looking for pharmacy-related content on the platform, Thompson-Eshun said he was surprised by the lack of videos for students like him. That’s why he decided to focus on pharmacy videos himself as well as on his interest in fitness and nutrition.

“I love fitness content, but there’s a lot of [it] so there’s no need to make any more,” Thompson-Eshun told Pharmacy Times. “And I just felt like I should document a little bit [of] my pharmacy school stuff.”

Now he produces the kind of videos he wished he had found when he first pursued a graduate degree, or even back when he was in college and high school. He offers a realistic view of pharmacy school, including practical information about how to avoid common mistakes on pharmacy exams.

“I think one of my greatest accomplishments on my YouTube channel, besides the views and everything like that, is the fact that I focus on depth versus width,” he said. “I like to focus on people connecting with me, and I’ve been fortunate enough to have people actually email me about my YouTube videos and talk to me.”

Like Perry, Thompson-Eshun said that it has been extremely rewarding to associate with other pharmacy students of color and show that people from different backgrounds can be successful in the field. He has also connected with high school and college students who may be considering a career in pharmacy and said he hopes to become a resource for them.

Besides networking, Thompson-Eshun has also developed a personal brand on YouTube. Whether intentionally or not, the way people present themselves on social media platforms becomes their personal brand, he pointed out. The key to succeeding is to stay consistent and have clear goals.

“One of the main things I want to make sure is consistent is that, when you watch one of my videos, you know exactly who I’m trying to target...exactly what I’m trying to do,” he said.

Thompson-Eshun also noted that because it is impossible to know everything, it’s important to be honest with viewers and try to point them in the right direction when you don’t have the answer to a question. This honesty can reinforce one’s authenticity and elicit trust from viewers.

“I try to give people the best information I have and what I wish I knew, but that’s pretty much where it stops,” Thompson-Eshun said. “I don’t have to be the person that knows everything.”

Overall, Thompson-Eshun said he believes YouTube is an underrated resource among social media platforms. One of the primary values of YouTube is the ability it gives users to find information quickly and easily on any topic, unlike TikTok or Instagram, which don’t have such strong search functions.

He has also been able to increase his knowledge of pharmacy by watching other YouTube videos, on pharmacology, for instance, which have helped him supplement his educational experiences.

“I’ve actually learned a lot about the basic principles of health care from YouTube, and then I use that to...navigate pharmacy school,” he said.

With all this knowledge and experience, Thompson-Eshun said he is interested in using his marketing skills for a career in the pharmaceutical industry, although he is currently focused on getting an internship. In addition, he is learning how to code, which could expand his options in health technology.

“I’m interested in a lot of things, but I’m [more] interested in how different aspects of business and technology can be utilized in pharmacy to help change the profession,” he said. “I feel [that] pharmacists should be the ones.. changing the industry.” 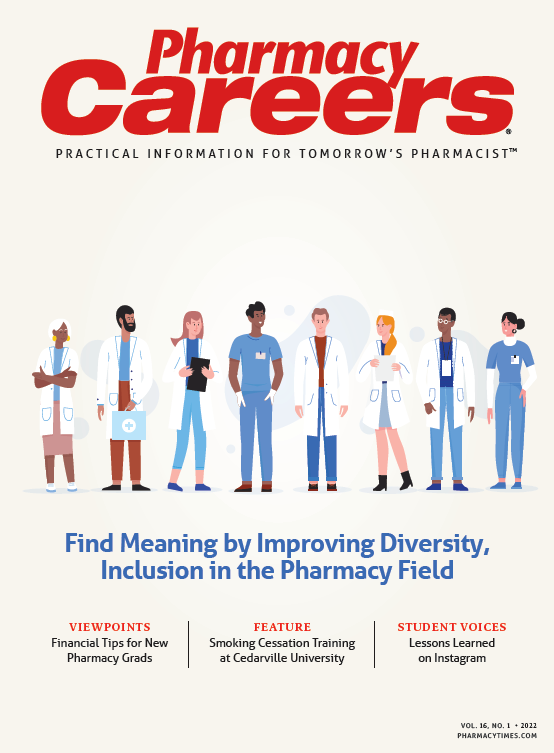