Our guest commentator argues that pharmacists should be in charge of dispensing medical cannabis.

To paraphrase Bob Dylan, the times indeed are a-changing. As of now, 22 states and the District of Columbia have legalized cannabis for medicinal use and, as we all know, Colorado and Washington have legalized cannabis to be used in any manner the consumer sees fit. I have considered moving to Denver or Seattle. (After all, both towns have a really cool running scene.)

However, all this raises the question of why pharmacists are not in charge of dispensing medical cannabis. If cannabis is thought to be a potentially dangerous substance, why are we letting lay people dispense it? Boards of Pharmacy should be outraged that this is going on, yet I am unaware of anyone lobbying for pharmacists to take on this role. I am totally stymied.

If I were in charge of a pharmacy chain with a presence in Washington State or Colorado, I would already be stocking cannabis, vaporizers, water glassware, and everything else found in the cannabis user’s toolkit. In the states where cannabis is legal only for medical purposes, I'd be carrying all these supplies and lobbying for pharmacist control of the medical cannabis market. After all, if it's a drug, it should be our business.

There are a range of reasons why legalizing medical cannabis is a terrific idea for a state. The new tax revenues that come along with legalization offer obvious benefits. In these days of government budget restraints, I don't know a single state that couldn’t use a new revenue stream. Colorado, which has the largest cannabis dispensary in the country, generated more than $20 million in taxes, licensing, and fees from cannabis in the first 3 months of 2014 alone. That sort of money could easily help fund some desperately needed mental health programs.

There is also good reason to support medical cannabis from a purely therapeutic perspective. Take pain management. Opioids can be incredibly dangerous, and we are throwing 30mg oxycodone around as if it’s aspirin. But opioids have had no competition—until now, in 22 states.

In my opinion, cannabis is superior to any opioid going when it comes to pain management—and much safer. High-dose opioids will eventually take a severe toll on a patient's liver. I have a few patients on high-dose opioids whom I call the Mothers Superior due to the length of their habits. That they have survived this long amazes me. I would love to be able to titrate a cannabis dose for them and, if not completely eliminate their opioid use, at least greatly reduce it.

Mental illness is another area in which the results from cannabis have been nothing short of remarkable. Cannabis acts as an antidepressant, but it can be so specialized that there are strains specifically designed to treat bipolar disorder. For anxiety, we can eliminate benzodiazepines from a drug regimen and replace them with a natural substance that has a comparatively minimal side-effect profile. It can also be used to treat heroin addiction in the same manner as buprenorphine/naloxone sublingual preparations.

Since smoking any substance is rightly viewed as unhealthy, the best way to take cannabis is through food. The effects of cannabis are also more intense and longer lasting when ingested than when inhaled. In my head, I have a recipe to turn it into a butter rum flavored lozenge on a stick. It is a completely viable pharmaceutical waiting to happen. I just need the law to swing my way.

In my home state of Pennsylvania, there are medical cannabis bills under consideration in committees of both houses of the legislature. There is talk of setting up state-run “compassion centers” that would dispense medical cannabis in much the way liquor is sold in state stores. I think this would be a good system, but I also feel that if the Pennsylvania State Board of Pharmacy isn’t put in charge of these centers, with pharmacists dispensing the drug, it would be nothing short of a crime.

I know that some are going to say that this is dirty money and we are funding the drug trade. We already are by selling 10 packs of insulin syringes to heroin addicts full well knowing they are NOT for their grandmother in Florida. I see a chain pharmacy with a strong state presence as the ideal means of dispensing medical cannabis. If I were in charge, I would have lobbyists already on it. Pharmacies are where people come for their medicine, so we should be dispensing medical cannabis. It’s as simple as that.

Jay Sochoka, RPh, BSPharm, CIP, has more than 20 years of clinical experience in community pharmacy. He is the author of Fatman in Recovery (2012) and the PharmacyTimes.com blog Piller of the Community, where he frequently writes about preventive medicine. He lives in Covington Township, Pennsylvania, with his wife, Sheryl Lynn; his son, Julian; and his dog, Rigby. 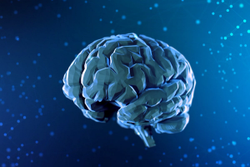 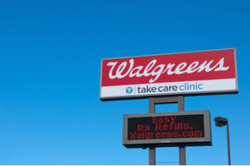