A recent study published in the International Journal of Obesity may provide peace of mind for younger adults carrying extra pounds. According to the study, which evaluated current health status based on medication use, adults younger than 40 years of age are not more prone to physical illness than their normal-weight peers.

The study’s findings also suggest that overweight adults in all age groups are not more likely than those of normal weight to be taking prescription medications. Although this contradicts prevailing wisdom on obesity and disease, the authors of the study said it may simply indicate a later onset of body mass index (BMI)-related health risks. By nature of its design, the study also did not account for undiagnosed health problems.

Overall, BMI and medication use increased with time, indicating a growing prevalence of both obesity and serious illness in the United States. Obesity (BMI ≥30) was strongly correlated with increased medication use in adults aged 40 years and older; however, the same was not true of those aged 25 to 39 years. Further, having a BMI in the overweight range (25 to 29.9) was not tied to a significantly higher medication load in any age group.

“For college-age adults, this should help them realize that they don’t have to worry so much if they have a BMI of 27 or 28,” said Brant Jarrett, the study’s lead author and a doctoral student at Ohio State University. He believes the psychological stress of worrying about BMI may outweigh the physical health risks of obesity and overweight among this age group.

The US Department of Health and Human Services awarded 10 national nonprofit groups $1 million each in federal funds, according to an announcement earlier this month. The awards, granted as part of the Communities Putting Prevention to Work initiative, will support the development of programs designed to prevent obesity and reduce smoking in communities.

Among the 10 awardees was the American Heart Association (AHA), which will use the grant to provide technical support to government-funded projects that promote healthier behaviors on a local scale. “This initiative will have a dramatic impact on our ability to create community environments that promote physical activity and healthy eating,” said Nancy Brown, AHA’s chief executive officer.

Sesame Workshop, whose “Healthy Habits for Life” project provides nutrition and exercise education to preschool-aged children, was another recipient. Other awardees included the American Lung Association, the National Recreation and Parks Association, and the Society for Public Health Education.

Nutrition facts for calorie-laden dishes served at national chain restaurants may soon become more difficult to ignore. As part of the Affordable Care Act, restaurants with 20 or more locations will be required to post calorie counts and other nutritional information on menus.

Tasked with implementing the new law, the FDA has asked the public for suggestions on how best to label dishes offered at popular restaurants, coffee shops, delis, movie theaters, bakeries, ice cream shops, and vending machines. 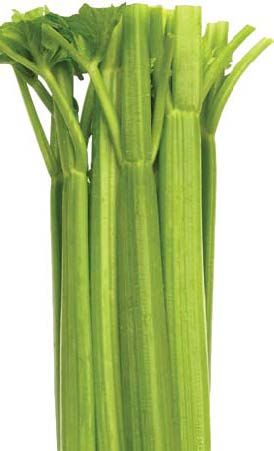 Parents trying to convince young children of the merits of celery sticks are fighting an uphill battle, new research confirms. A study published in June by the journal Pediatrics found that branding high-calorie, lownutrient snacks with kid-friendly cartoon characters had a powerful impact on the taste preferences of children aged 4 to 6 years.

Researchers presented 40 children with identical pairs of 3 different snacks—graham crackers, gummy fruit snacks, and carrots. In each pair, 1 package was left unmarked, and the other branded with either Scooby Doo, Dora the Explorer, or Shrek. When asked which foods tasted better, children consistently chose the branded versions.

The effect of character branding was strongest for gummy snacks and graham crackers, and less pronounced for carrot sticks. “These findings suggest that the use of licensed characters to advertise junk food to children should be restricted,” the researchers concluded.