Tymlos, an injection that treats postmenopausal women with osteoporosis, may incrase the risk of osteosarcoma.

The FDA recently approved abaloparatide (Tymlos), an injection that treats postmenopausal women with osteoporosis, but caused osteosarcoma in rats.

Nearly one in two women in the US will experience an osteoporosis-related fracture in her lifetime, according to a Radius Health press release. Abaloparatide will be the first new anabolic bone building agent for this demographic group in the United States in nearly 15 years.

“We believe that an osteoporotic fracture can be a life-altering event for a woman and her family,” said Robert Ward, Radius Health president and chief executive officer. “Osteoporosis in postmenopausal women represents a significant disease burden for which diagnosis and treatment should be healthcare priorities.”

While the results of the phase 3 trial that led to the drug’s approval are promising for those with postmenopausal osteoporosis, abaloparatide does carry the risk of harmful side effects.

According to the release, “abaloparatide caused a dose-dependent increase in the incidence of osteosarcoma (a malignant bone tumor) in male and female rats. The effect was observed at systemic exposures to abaloparatide ranging from 4 to 28 times the exposure in humans receiving the 80 mcg dose. It is unknown if abaloparatide will cause osteosarcoma in humans.”

The drug is additionally not recommended in patients at increased risk of osteosarcoma including those with Paget’s disease of bone or unexplained elevations of alkaline phosphate, open epiphyses, bone metastases or skeletal malignancies, hereditary disorders predisposing to osteosarcoma, or prior external beam or implant radiation therapy involving the skeleton. Furthermore, cumulative use of abaloparatide and parathyroid hormone analogs for more than 2 years during a patient’s lifetime is not recommended by the release.

The FDA’s approval of abaloparatide was based on results at 18 months from the landmark ACTIVE trial and the first six months of ACTIVExtend trial. These trials demonstrated consistent significant and rapid reductions in the risk of vertebral and nonvertebral fractures regardless of age, years since menopause, presence or absence of prior bone fracture, and bone mineral density (BMD) at baseline.

In human clinical studies, abaloparatide has been shown to decrease the incidence of new vertebral and nonvertebral fractures, to increase BMD, and to increase a marker of bone formation. Moreover, the anabolic effect of abaloparatide was demonstrated in animal studies by increases in BMD and bone mineral content that correlated with increases in bone strength at vertebral and nonvertebral sites.

“Today’s abaloparatide approval by the FDA is exciting since it provides physicians a new treatment option for postmenopausal women with osteoporosis, which could help to rapidly, consistently and significantly increase bone mineral density and reduce their risk of fractures,” said John Bilezikian, MD, Professor of Medicine and Pharmacology at the College of Physicians & Surgeons, Columbia University. “The FDA’s approval of abaloparatide represents an important step in our ability to treat this serious and complex disease and, in the process, address this urgent public health crisis.”

The phase 3 ACTIVE trial was a randomized, double-blind, placebo-controlled, comparative, multicenter, 18 month international study in 2,463 postmenopausal women with osteoporosis designed to evaluate the efficacy and safety of abaloparatide-SC 80 mcg to reduce the risk of vertebral and nonvertebral fractures. The results of ACTIVE were published in the Journal of the American Medical Association in August 2016. ACTIVExtend, an extension of ACTIVE, enrolled patients who had completed 18 months of abaloparatide-SC or placebo in ACTIVE to receive up to 24 additional months of open-label alendronate. The results of the first six months of ACTIVExtend were published in the Mayo Clinic Proceedings in February 2017. 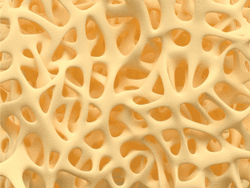 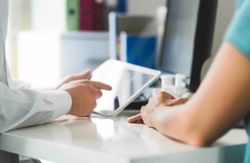 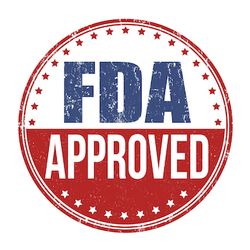