Almost one-third of those who suffer are treatment resistant, which can pose challenges.

Severe treatment-resistant depression (TRD) is, as its name suggests, exceedingly difficult to treat.

Patients with this serious variant of depression are often unable to function or become suicidal. In this population, which includes about 30% of all people diagnosed with major depression, only 28% of affected individuals reach remission with selective serotonin reuptake inhibitor (SSRI) monotherapy. Adding an adjunctive treatment and psychotherapy or switching to a different antidepressant rarely leads to response either.1 The result can be tragic: hospital confinement or weeks of misery until symptoms abate.

For decades, psychiatrists offered electroconvulsive therapy (ECT) for TRD. But today, patients often refuse ECT. They are apprehensive of the risks, such as cardiac arrhythmia or intracranial pressure changes,2 or they believe the horrendous myths that circulate about ECT.3 Another option, transcranial magnetic stimulation, has resulted in significant improvement for many patients, but it requires the patient to report to a treatment center. Fortunately, researchers are making progress toward finding more accessible treatments.4

Oral medication is a desirable alternative. Until recently, only a fixed-dose olanzapine-fluoxetine combination was FDA approved for TRD.5 It is usually reserved for patients who have tried at least 2 antidepressants without response.

Many prescribers have turned to monoamine oxidase inhibitors (MAOIs) for severe depression, but drug-food interactions leading to hypertensive crisis and MAOIs’ many drug interactions have limited their utility.6 The development of a selegiline transdermal system has created an MAO option with a faster onset of action (about 1 week)7 and a longer time to relapse.8 This patch delivers sufficient central nervous system concentrations to stimulate an antidepressant effect without substantially inhibiting MAO-A in the gastrointestinal and liver systems. Consequently, the risk of tyramine hypertensive crisis is much lower than the risk with oral MAOIs.6 A selegiline transdermal system is associated with less nonspecific MAO-A inhibition than oral MAOIs. It also causes less fatigue, sexual dysfunction, and weight gain than do serotoninnorepinephrine reuptake inhibitors and SSRIs. Patients need not worry about diet restrictions at doses of 6 mg or below.9,10 Regardless, clinicians need to be aware that relative to other strategies for patients who are treatment-resistant, it is unclear if MAOIs offer a significant advantage. This is especially true in patients who have not responded to multiple sequential trials with serotonin-norepinephrine reuptake inhibitors and SSRIs.11

The FDA approved intranasal esketamine in March 2019 for TRD in adults. Esketamine is an S(+) enantiomer of the anesthetic ketamine.12 Intravenous ketamine’s antidepressant effects were first noted in 2000 using doses much lower than those employed in anesthesia.13 A single dose of ketamine results in a rapid antidepressant response that lasts about 1 week.14 Prolonged antidepressant effects require repeated intravenous doses 2 or 3 times a week, creating adherence and cost issues and stimulating a search for a more patient-friendly means of administration.

Esketamine’s sponsor assessed its efficacy and safety in multiple phase 3 studies, including long- and short-term trials. The results were impressive and robust. A single dose of esketamine was associated with fast and significant, although short-lived, response (64%-67%, compared with 0% in patients treated with placebo), and administering the drug twice weekly led to response rates of about 50%.15 Intranasal esketamine has also been shown to be effective in reducing suicidal ideation in high-risk patients. Dizziness, headache, transient dissociative symptoms, and unpleasant taste were the most common adverse events (AEs).16

Esketamine’s clear benefit in TRD is the rapid onset of antidepressant activity. Researchers are studying AEs, long-term response rates, and AEs with prolonged use. Among the safety concerns is abuse potential, and prescribers need to carefully monitor patients who start on esketamine.

Ideally, clinicians look for treatment algorithms or guidelines that are clear and simple. For depression in general and TRD in particular, it is difficult to find such simplicity. The figure17,18 proposes an approach that, although simple in appearance, may need to be individualized for specific patients. Pharmacists should note that patients who have depression can be challenging. Their lack of energy and motivation interferes with good communication, and the chance of nonadherence is high. Determination and empathy are necessary for best results. 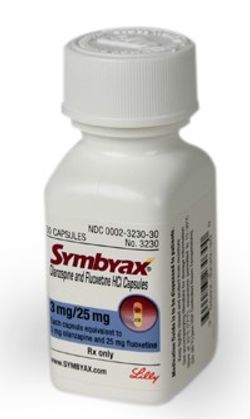 Burnout: Self-care Is Not the Answer