Dyanavel XR extended-release oral suspension has received FDA approval for the treatment of ADHD in patients 6 years and older.

The mechanism of action of amphetamines in the treatment of ADHD is not known; however, they are believed to block the reuptake of norepinephrine and dopamine into presynaptic neurons and increase the release of these monoamines into the extraneuronal space.1

For children 6 years and older, treatment with Dyanavel XR should be initiated at 2.5 or 5 mg by mouth once daily in the morning. The dose may be increased in increments of 2.5 to 10 mg per day every 4 to 7 days until optimal response is obtained, with a maximum daily dose of 20 mg per day. Dyanavel XR contains 2.5 mg of amphetamine base per milliliter.

Prior to administration of Dyanavel XR, the bottle should be shaken. Dyanavel XR may be given with or without food. Dyanavel XR should not be substituted for other amphetamine products on a milligram-per-milligram basis due to differences in amphetamine base compositions and pharmacokinetic profiles.1

The efficacy of Dyanavel XR was evaluated in a laboratory classroom study of 108 pediatric patients aged 6 to 12 years with ADHD. The study began a 5-week, open-label, dose-optimization trial. Patients then underwent a 1-week randomized, double-blind treatment with the individually optimized dose of Dyanavel XR or placebo. At the week’s end, school teachers and raters evaluated the attention and behavior of the patients in the laboratory classroom. The primary end point was the change from pre-dose in the Swanson, Kotkin, Agler, M-Flynn, and Pelham (SKAMP)-combined score at 4 hours after dosing. The SKAMP-combined change scores from pre-dose showed a statistically significant improvement at all time points after dosing with Dyanavel XR compared with placebo. Key secondary end points were also met by demonstrating an onset of effect at 1 hour that lasted through 13 hours after dose, compared with placebo.1,2

Dyanavel XR carries a boxed warning regarding the high potential for abuse of and dependence on central nervous system (CNS) stimulants, including Dyanavel XR. The warning also states that risk of abuse should be assessed prior to prescribing Dyanavel XR and that patients using the medication should be monitored for signs of abuse and dependency during treatment.

Dyanavel XR is contraindicated in patients with a known hypersensitivity to amphetamine products or any other components of the product, and in patients using or within 14 days of the last dose of a monoamine oxidase inhibitor. Treatment with Dyanavel XR also should be avoided in patients with structural cardiac abnormalities, cardiomyopathy, serious heart arrhythmias, or coronary artery disease. CNS stimulants increase blood pressure and heart rate; therefore, patients should be monitored accordingly.

Use of CNS stimulants may cause psychotic or manic symptoms in patients with no history of either or exacerbation of symptoms in patients with preexisting psychosis. Patients should be evaluated for bipolar disorder prior to beginning treatment with stimulants. Because CNS stimulant use has been associated with growth suppression, height and weight should be monitored in pediatric patients during therapy. Peripheral vasculopathy, including Raynaud’s phenomenon, has been associated with CNS stimulant use.

Dr. Holmberg earned her PharmD from the University of Connecticut and completed an ambulatory care residency at the Phoenix VA Healthcare System. Her practice has also included pediatrics and inpatient mental health. She resides in Phoenix, Arizona. 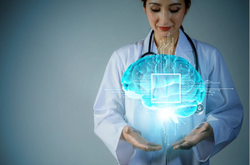