Drug Diversion and Abuse: Finding Balance in the Rx World

In the crackdown on abuse of painkillers, legitimate patients can end up facing undue suspicion.

In the crackdown on abuse of painkillers, legitimate patients can end up facing undue suspicion.

I give a presentation that I have done for many years titled, “Drug Diversion vs. Pain Management: Finding a Balance.” It is primarily meant for health professionals who are engaged in providing pain management on some level. I talk about the necessity for health professionals to be informed about the methods of diversion and the many scams that are perpetrated against them—and how to deal with this major problem.

The other part of my program is to remind the health professionals that the majority of their patients are legitimate, and how important it is to not negatively impact these patients by seeing everybody who walks through their door as a suspect. I encourage them to use their education, training, and experience to make sound judgments when prescribing opiates. I then give examples of health professional cases that have been prosecuted, hopefully demonstrating how these offenders were grossly out of the scope of anyone’s idea of legitimate medical practice.

Sometime in the early 1990s, there was a perceived problem in the pain world. It appeared that too many pain patients were not receiving adequate care from their health professionals when it came to relieving pain. Physicians and other health professionals began sounding the alarm and the prescribing of CII opiates began to rise to accommodate the needs of these patients. My personal opinion is that in the 1990s there was a need for better care of chronic pain patients.

Prescription drug manufacturers responded to this new prescribing of pain medications, with Purdue Pharma developing a drug they named OxyContin. This drug was a timed-release CII opiate that contained oxycodone, without the addition of acetaminophen or aspirin. It was designed so that it only had to be taken twice a day and would provide adequate pain relief with a lot less pills. In addition, OxyContin helped lessen the peaks and valleys associated with immediate-release pain drugs, since it was designed to work for up to 12 hours.

So, during this change in America’s prescribing, a very effective, time release oxycodone product hit the market and provided incredible pain relief to chronic and cancer pain patients. Regardless of what you think of OxyContin and its abuse history, I have never met a pain management physician—and I’ve met hundreds of them&mdash;who thought the drug was ineffective with legitimate patients’ pain. In essence, the popularity of the drug exploded, not because it was being abused initially, but because it was effective for patients.

My other theory that I espouse frequently is that the best drugs for pain are the best drugs to get “high” on. The reason is, and OxyContin was the poster child for this, that when a drug is effective on pain, it is naturally prescribed more, sometimes a lot more as in this case. Mathematics then kicks in as the more that is prescribed, a certain percentage of the drugs sold will be diverted through a variety of deceptions. As the drug becomes more popular and expensive with the abusing culture, unscrupulous prescribers and dispensers may also join in to attempt to reap some of the seemingly endless illegal profits.

This process seemed to continue for some time, and prescription drug abuse, although nothing new to local and state law enforcement, became even more prevalent and got the attention of the news media and, finally, the federal government. The problem became epidemic, especially in certain rural areas of our country. Today, many states still see numbers of unintentional overdose deaths due to pharmaceuticals higher than those associated with heroin and cocaine combined.

Laws were passed, politicians tried to get on board as being the hardest on the perceived “evil” drug companies, and law enforcement and regulatory agents were encouraged to step up their efforts with the manufacturers, dispensers, and prescribers. In doing this, sometimes well-meaning governmental entities can overreach and cause another problem that can also be a big concern.

When the pendulum swings back toward extreme enforcement and regulation, legitimate pain patients, still by far the largest consumer of these substances, can end up being overscrutinized. This cannot only end up causing the undertreatment of pain, as in the early 1990s, but in some cases of extreme regulatory scrutiny of the drug itself, deplete the supply in especially rural areas.

I have been involved in the prosecution of drug offenders in one way or the other for almost 45 years in my law enforcement career. In no way do I want criminals, no matter who they are, to escape punishment, but I do want consideration for legitimate pain patients who not only need balance in this ongoing pendulum swing, but require it for their mere existence.

Cmdr Burke is a 40-year veteran of law enforcement and the current president of the National Association of Drug Diversion Investigators. He can be reached by e-mail at burke@ choice.net, via the website www.rxdiversion .com, or by phone at 513-336-0070. 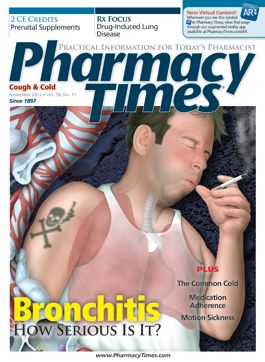