Brought to you by

Breastfeeding may not only benefit the infant, but have a positive impact on the mother as well, according to a new cohort study published in the September issue of The American Journal of Medicine. Researchers found a significantly increased risk of type 2 diabetes (T2D) in mothers who breastfed their infants for less than 1 month, a risk that is independent of physical activity and body mass index later in life.

Eleanor Bimla Schwarz, MD, MS, of the University of Pittsburgh, Pennsylvania, and colleagues studied 2233 women aged 40 to 78 years, 1828 of whom were mothers. Data on breastfeeding and T2D were collected through questionnaires; odds ratios (ORs) were calculated to evaluate the association between breastfeeding and T2D.

The authors theorize that this increased risk of developing T2D may be due to retaining visceral fat, which is lost when mothers breastfeed. This visceral fat is more metabolically active than fat deposits in other parts of the body and can influence insulin resistance mechanisms. While the study may have produced some recall bias because of the questionnaire format, the authors conclude that the results highlight the need for more support of breastfeeding from “women’s health care providers as well as legislators and workplace policymakers.”

Major depression is associated with a 2-fold higher risk of incident diabetic foot ulcers, according to a study published in the August issue of The American Journal of Medicine. This is the first study to examine the association of depression and diabetic foot ulcers. Lisa Williams, MD, MS, of the University of Washington in Seattle and colleagues designed a prospective cohort study that enrolled 3474 adults with type 2 diabetes and no history of diabetic foot ulcers or amputations.

There were some important limitations of this study, including lack of evaluation of depression past baseline, lack of diagnosis of peripheral neuropathy throughout the study, and enrollment only from Washington state, which limits generalizations for the population with diabetes as a whole.

The new recommendation is based on analysis of trials evaluating outcomes with aspirin in primary prevention of cardiovascular disease (CVD) in patients with diabetes, particularly the Japanese Primary Prevention of Atherosclerosis with Aspirin for Diabetes and the Prevention of Progression of Arterial Disease and Diabetes, neither of which showed any significant benefit to aspirin therapy.

The ADA/AHA/ACC statement notes that the benefits of aspirin in preventing CVD must be matched with the risks of aspirin therapy, particularly the risk of developing bleeding. 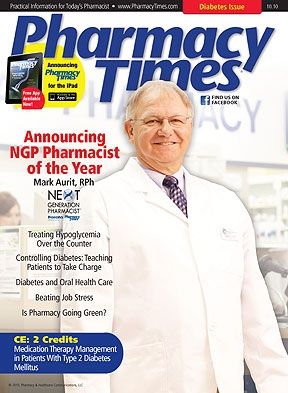