Annual epidemics of influenza occur between late fall and early spring and may be caused by 2 strains: either influenza A (with varying subtypes) or B.

Influenza viruses primarily spread person to person via respiratory droplets,1 and the incubation period is typically 1 to 4 days.2 Uncomplicated influenza illness is characterized by a sudden onset of constitutional and respiratory signs and symptoms,3,4 while complications include exacerbation of underlying medical diseases, primary influenza viral pneumonia,5 or secondary bacterial infections, such as otitis media, pneumonia, or sinusitis.3,6

To control and prevent influenza, a routine annual vaccine is recommended for all those >6 months who do not have contraindictions.7 In years that the influenza vaccine is discordant with the circulating strains of influenza, multiple benefits have been observed. These benefits include reduced severity of influenza-associated illness7; a decrease in influenza-associated hospitalizations, including admission into the intensive care unit8; reduced complications of other health conditions, such as cardiac disease and diabetes9,10; and reduced mortality.8 For these reasons, annual influenza vaccines are recommended, even during years that the strains in the vaccine do not match the circulating ones.

For those with confirmed or suspected influenza infections, antiviral treatment is recommended as early as possible for any patient who has complicated, progressive, or severe illness; is at higher risk of influenza complications; or is hospitalized. Patients not meeting these criteria may be treated if treatment is initiated within 48 hours of illness onset. There are 4 prescription influenza antiviral agents recommended to treat influenza: zanamivir, baloxavir marboxil, oseltamivir, and peramivir.11

The neuramidase inhibitors (NIs), oseltamivir, peramivir, and zanamivir, are the primary antivirals that have been used to prevent and treat influenza in recent years. Despite FDA approval, amantadine and rimatidine are not recommended to treat influenza A because of a high level of resistance (>99%) and no activity against influenza B.11 Antiviral resistance and reduced susceptibility to baloxavir marboxil and the NIs are low but can occur sporadically. The NIs are considered similar in antiviral activity; however, they vary regarding administration route. Oseltamivir is available orally, peramivir is available intravenously, and zanamivir is available as an inhalation product. Baloxavir marboxil, which is newly FDA approved, blocks viral replication and RNA transcription via a cap-depended endonuclease inhibitor. In 2 controlled, double-blind, and randomized studies in otherwise healthy individuals with uncomplicated influenza, a statistically significant reduction in median time to alleviation of symptoms was observed in people treated with a single dose of baloxavir compared with a placebo (53.7 vs 80.2 hours, respectively; P <.001). Furthermore, no difference in median time to alleviation of symptoms was found between a single dose of baloxavir and oseltamivir given for 5 days (53.7 vs 53.8 hours, respectively). Additionally, baloxavir was observed to significantly reduce viral load at day 1 compared with oseltamivir or placebo. Despite these noted positive results, reduced susceptibility was found in 2.2% and 9.7% of baloxavir marboxil recipients in the 2 trials.12

Although full results of another trial, CAPSTONE-2 have yet to be published, patients with a high risk of complications because of influenza had similar trends with a reduced time to improvement of symptoms compared with the placebo (73.2 vs 102.3 hours, respectively; P <.0001) and oseltamivir (73.2 vs 81.0 hours, respectively; P = .8347). Additionally, median viral shedding was reduced in those who received baloxavir marboxil compared with oseltamivir or a placebo (48 vs 96 and 96, respectively; P <.0001).13 The clinical relevance in these differences has yet to be studied.

Influenza is a potentially life-threatening infectious disease, and prevention via vaccination is essential to reduce morbidity and mortality. Annual vaccinations have been proven beneficial even in years that the covered strains are a mismatch to circulating viral strains. When influenza does cause illness, the NIs and newly FDA-approved baloxavir marboxil are the drugs of choice. The clinical significance of the median time to reduction in symptoms compared with the placebo has been questioned with each of these antivirals. However, a reduction in severity and time of symptoms are potentially life-saving. Baloxavir marboxil is a single-dose antiviral, which shows promise. Data show similar results to oseltamivir regarding median time to reduction in symptoms in both otherwise healthy individuals and those at high risk of complications, but a statis- tically significant reduction in viral shedding compared with either oseltamivir or the placebo was identified. The clinical significance in this reduction is unknown, but it has the potential to reduce spreading of the disease, and future studies will need to be conducted to elucidate this effect. Finally, close monitoring of antiviral resistance is imperative to ensure proper treatment of patients with influenza.

Rebecca A. Jayakumar, PharmD, is an assistant professor of pharmacy practice at Roseman University College of Pharmacy in Henderson, Nevada, and maintains an infectious disease clinical site at Valley Hospital Medical Center in Las Vegas, Nevada. 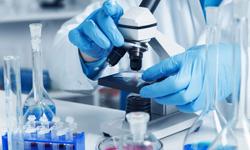