Apixaban (Eliquis) was recently approved as an oral anticoagulant (a direct inhibitor of factor Xa) to reduce the risk of embolism in patients with atrial fibrillation.

Apixaban (Eliquis) was recently approved as an oral anticoagulant (a direct inhibitor of factor Xa) to reduce the risk of embolism in patients with atrial fibrillation.1 As a potential alternative to warfarin, apixaban joins rivaroxaban (Xarelto; also a factor Xa inhibitor) and dabigatran (Pradaxa; a factor IIa inhibitor). Apixaban is partially metabolized by cytochrome P450 enzymes and is a substrate for efflux transporters. It is also eliminated by the kidneys, and reduced renal function results in some drug accumulation; dose reductions are suggested in elderly patients with renal dysfunction. The Table summarizes the reported drug interaction studies with apixaban.

The bioavailability of apixaban is about 50%, with peak plasma concentrations occurring 3 to 4 hours after dosing. Food does not affect the absorption of apixaban. About 20% to 25% of apixaban is metabolized (CYP3A4 is the major pathway), while approximately 30% of a dose is eliminated unchanged by the kidneys.1 Renal elimination is primarily by active renal secretion, perhaps via P-glycoprotein (P-gp) or breast cancer resistance protein.2 Apixaban has a half-life of about 5 hours. Apixaban has not been demonstrated to inhibit or induce any CYP450 enzyme or active transporter.

While apixaban is a substrate for both CYP3A4 and P-glycoprotein, only a few studies with drugs that alter these pathways have been reported. As can be seen in the Table, ketoconazole, which is considered to be a potent inhibitor of CYP3A4 and P-gp, produces the largest effect on the area under the concentration time curve (AUC) of apixaban. Other drugs known to inhibit CYP3A4 and P-gp (eg, itraconazole, amiodarone, conivaptan, cyclosporine, posaconazole, telaprevir, verapamil) would also be expected to interact with apixaban and produce elevated apixaban plasma concentrations and anticoagulant response. The mechanism of interaction between naproxen and apixaban is not clear; some believe it is due to naproxen inhibition of P-gp.2,3

Rifampin, a CYP3A4 and P-gp inducer, decreases the AUC of apixaban by over 50%. Doses of apixaban are likely to require an increase during concurrent rifampin administration. Rifabutin, rifapentine, St. John’s wort, tipranavir, dexamethasone, and carbamazepine may also reduce apixaban concentrations by inducing P-gp.

As with any anticoagulant, the combination of 2 or more anticoagulants (eg, warfarin, heparin, enoxaparin) is likely to increase the risk of bleeding.4 The use of antiplatelet drugs (eg, nonsteroidal anti-inflammatory drugs, clopidogrel, prasugrel, ticagrelor) with apixaban requires careful monitoring for excess anticoagulation.

Clinical experience is limited, but some of the potential drug interactions with apixaban are likely to alter patient response to apixaban. The anticoagulant response to apixaban is related to its plasma concentration.1 Patients stabilized on apixaban should be monitored for altered response (bleeding or loss of anticoagulant effect) if CYP3A4 or P-pg inhibitors or inducers are added to or removed from their drug regimen.

The manufacturer of apixaban recommends avoiding the concurrent use of CYP3A4 and P-pg inhibitors or inducers and apixaban. If inhibitors are coadministered, consider lowering the apixaban dose to 2.5 mg twice daily. The administration of other anticoagulants or antiplatelet drugs would be expected to increase the risk of bleeding in patients taking apixaban. Patients with concurrent renal dysfunction may be more likely to be particularly sensitive to drug interaction—induced changes in apixaban elimination. 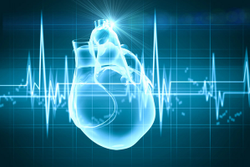 High Cholesterol During Pregnancy May Cause More Serious Heart Attacks