This month's cases involve a patient prescribed 2 different medications with the same active ingredient and a patient who has struggled to quit smoking.

IC, a 38-year-old man, arrives at the pharmacy with new prescriptions for Delzicol (mesalamine) capsules (dosage: three 400-mg capsules twice daily) and Canasa (mesalamine) suppositories (dosage: one 1000-mg suppository at bedtime). IC tells the pharmacist he was recently discharged from the hospital with a diagnosis of acute, mild to moderate ulcerative colitis and that his colonoscopy showed inflammation of his entire colon. IC says he is feeling better, having only 2 to 3 bouts of non-bloody diarrhea a day, but often has to use the bathroom in the middle of the night. The pharmacist gives IC his 2 prescriptions and, while explaining their use, says they both contain the same active ingredient—mesalamine. IC asks, “Why do I need to take the same drug in 2 different ways?”

How should the pharmacist respond to IC?

ZK is a 32-year-old man who regularly comes to your pharmacy. He tried to quit smoking last year but failed because he followed the warning on the package that said “Do not use if you continue to smoke.” Although he tried to stop smoking cigarettes the day he began using the patch, he was unable to sustain this and, after a few days, stopped his attempt to quit smoking. Today, ZK comes to your pharmacy to talk to you about quitting again.

What information can the pharmacist provide to ZK?

Case 1: Ulcerative colitis (UC), which affects about 500,000 individuals in the United States, is a chronic disease characterized by mucosal inflammation restricted to the colon. It involves the rectum in about 95% of cases and may extend proximally to involve all or part of the large intestine. The hallmark clinical presentation is bloody diarrhea often accompanied by symptoms of rectal urgency and tenesmus (feeling a constant need to pass stool, despite an empty colon).

The pharmacist should explain to IC that because his UC affects more than just his distal colon, the inflammation that needs to be treated extends outside the reach of topical therapies (eg, Canasa suppositories), and therefore oral therapy is required. According to current American College of Gastroenterology guidelines for UC, patients with mild to moderate extensive colitis should begin therapy with oral sulfasalazine in daily doses titrated up to 4 to 6 g a day or another aminosalicylate (eg, mesalamine) in doses up to 4.8 g a day (level of evidence: A). However, because IC is complaining of symptoms of rectal urgency and/or tenesmus at night, he may also benefit from taking the mesalamine suppositories, as they act directly at the site of the rectum and better target these specific symptoms. Guidelines suggest that the combination of oral and topical mesalamine may more successfully induce symptom remission by 8 weeks than oral mesalamine alone.

Case 2: The FDA recently suggested that manufacturers of OTC nicotine replacement therapy (NRT) change their labeling warnings to avoid impeding attempts to quit smoking. The FDA’s recommendations are based on “decades of research” on NRT, which does not suggest a significant risk of addiction or abuse associated with these products. The requirement for the “do not use” warning on all NRT has been removed by the FDA. In addition, in the product’s directions, instead of the label stating that smoking should be completely stopped when therapy begins, the language has been softened to “begin using the patch on your quit date.”

The pharmacist should encourage ZK to set a quit date and to plan to stop smoking on that day. However, ZK should realize that if he is unable to fully stop smoking on his quit date, he does not need to stop his quit attempt. Although there does not appear to be excess harm from continued smoking while using the patch, ZK should strive to reduce his smoking until he is abstinent.

In another label change under directions, the firm recommendation to stop using therapy after the designated duration was changed to a suggestion that if the patient feels he or she would benefit from longer therapy, the patient should discuss this with his or her physician. 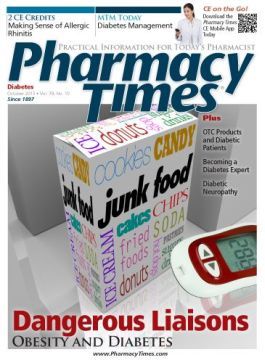