Physicians may be able to prevent heart attacks in middle-aged women with a few simple tests that researchers are currently evaluating, according to findings presented at the American Heart Association annual meeting on November 11, 2003. University of Pennsylvania researchers identified the following tests that can be used to monitor women and alert physicians when they need to take action to prevent a heart attack: 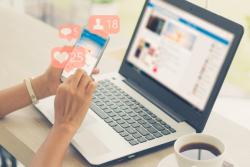