Eating a lot of fat and sugar damage Paneth immune cells in the small intestine, which help regulate flora.

New research suggests that a Western diet increases the risk of infection and inflammatory bowel disease by impairing the immune system, according to a statement from the Washington University School of Medicine in St. Louis.

Investigators found that diets high in fat and sugar damage Paneth cells, which are immune cells in the gut that help minimize inflammation. When these cells are impaired, the immune system in the gut is prone to inflammation, which can lead to inflammatory bowel disease and can undermine effective control of disease-causing microbes.

Damaged Paneth cells are a key feature of inflammatory bowel disease, according to the statement.

For example, the investigators said that individuals with Crohn’s disease often have Paneth cells that have stopped functioning entirely.

“Inflammatory bowel disease has historically been a problem primarily in Western countries, such as the United States, but it’s becoming more common globally as more and more people adopt Western lifestyles,” lead author Ta-Chiang Liu, MD, PhD, an associate professor of pathology and immunology at Washington University, said in the statement. “Our research showed that long-term consumption of a Western-style diet high in fat and sugar impairs the function of immune cells in the gut in ways that could promote inflammatory bowel disease or increase the risk of intestinal infections.”

Investigators analyzed a database with clinical and demographic data on 400 individuals, including information on each person’s Paneth cells. They found that high body mass index (BMI) was associated with Paneth cells that looked abnormal and unhealthy under a microscope, with a direct correlation between BMI and the appearance of Paneth cells. This association was seen in both healthy adults and in those with Crohn’s disease.

To further investigate these findings, the team studied 2 strains of mice that are genetically predisposed to obesity. These mice chronically overeat, because of genetic mutations that prevent them from feeling full, even when fed a regular diet. Surprisingly, the investigators found that the obese mice had normal Paneth cells.

In humans, the investigators said that obesity is frequently caused by diets rich in fat and sugar.

The team fed normal mice a diet in which 40% of the calories came from fat or sugar, similar to the typical Western diet. After 2 months on this diet, the mice had become obese, and their Paneth cells appeared unhealthy.

“Eating too much of a healthy diet didn’t affect the Paneth cells,” he said. “It was the high-fat, high-sugar diet that was the problem.”

Notably, the Paneth cells returned to normal when the mice returned to a healthy diet for 4 weeks, though the investigators are still unsure whether humans can improve their gut immunity by changing their diet.

“This was a short-term experiment, just 8 weeks,” Liu said.

“In people, obesity doesn’t occur overnight or even in 8 weeks. People have a suboptimal lifestyle for 20, 30, years before they become obese,” Liu said.

“It’s possible that if you have a Western diet for so long, you cross a point of no return and your Paneth cells don’t recover even if you change your diet,” he said. “We’d need to do more research before we can say whether this process is reversible in people.”

Expert: Lupus Nephritis May be Treated with Lower Doses of Steroids 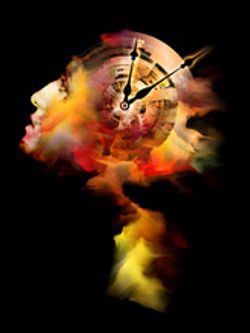