Similar effects were seen both with and without an SGLT2 inhibitor, according to investigators.

New findings from a large-scale, international clinical trial have found a significant reduction in the first occurrence of a heart attack, stroke, or death, and a reduction in progression of kidney disease in patients with type 2 diabetes who received a weekly injection of efpeglenatide.

The new data were presented at the 81st Scientific Sessions of the American Diabetes Association (ADA) and were simultaneously published in The New England Journal of Medicine. Efpeglenatide is an injectable drug with glucose- and weight-lowering effects, according to the ADA.

The vast majority of adults (98%) with type 2 diabetes have at least 1comorbid chronic condition, such as cardiorenal conditions that impact the heart and kidneys. Specifically, 24% of people living with diabetes have kidney disease, 22% have cardiovascular disease, and 82% have hypertension, according to the ADA.

As a glucagon-like peptide-1 receptor agonist drug (GLP-1 RA), efpeglenatide is used to treat diabetes by reducing glucose levels, weight, and blood pressure. Earlier research has shown that GLP-1 RA drugs based on human GLP-1 reduce cardiovascular and kidney outcomes, and the AMPLITUDE O trial assessed the impacts of a GLP-1 RA based on exendin-4 either with or without a sodium glucose co-transporter 2 (SGLT2) inhibitor drug in patients with cardiovascular or kidney disease.

Similar effects were seen both with and without an SGLT2 inhibitor, according to the ADA. 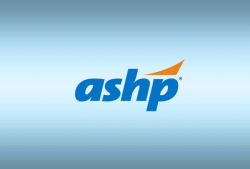