Caregivers of Alzheimer's disease (AD) patients should understand the symptoms, stages, and treatments for AD, which is the most common form of dementia. Because AD can take a toll on friends and family members as well, tips for helping caregivers cope are also included.

Dr. Pelegrin is a pharmacist for Publix and an associate professor at Mercer University in Georgia. 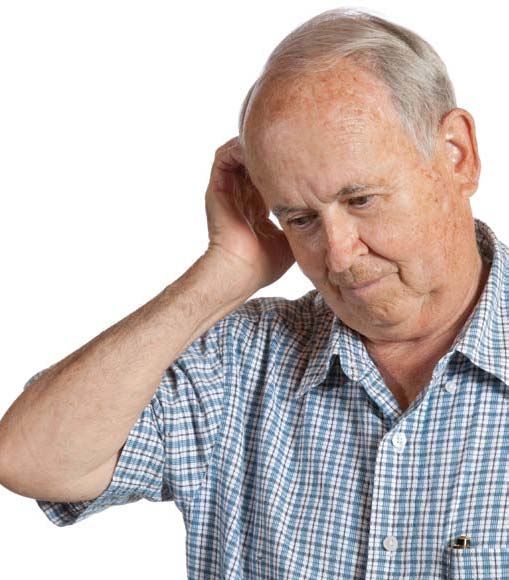 Alzheimer’s disease (AD) is the most common form of dementia, which involves loss of normal thinking, reasoning, and concentration, and interferes with daily life. According to the National Center for Health Statistics, it is among the top 10 causes of death in the elderly population in the United States. AD also accounts for approximately 60% of dementia in the elderly, and approximately 4 million Americans live with this illness.

AD destroys memory and makes it difficult to perform even simple daily activities. The symptoms of AD usually affect people at an older age (around the age of 60), although in some cases, it can occur earlier in life. It is not considered part of aging, but the risk increases with age. The symptoms usually begin as confusion and trouble remembering even the most familiar things or individuals.

In the early stages, AD causes loss of memory and also changes in emotions. In the late stages, however, daily activities become impossible to carry out, and a caregiver eventually is needed. Currently, no cure exists for AD, but treatment is available to at least improve quality of life.

What Are the Symptoms and/or Warning Signs of AD?

Slow memory loss for several years is common in the initial stage of AD. Here are some examples of the signs and symptoms to look for:

• Loss of memory; forgetting how to perform familiar tasks

• Forgetting the names of loved ones

• Changes in behavior and mood

• Loss of desire to socialize

What Are the Stages of AD?

Loss of memory, particularly short-term, is the first sign noticed in the beginning. In general, the illness progresses over time. AD involves 3 stages: mild, moderate, and severe.

The early, mild stage may be difficult for family members and friends to identify, but individuals may get lost in familiar places, withdraw from loved ones, encounter problems taking care of financial tasks, or even experience mood changes such as anxiety or depression.

As AD progresses from mild to moderate, loss of memory continues, and it is in this stage that further damage happens in the brain, leading to confusion, disorientation, and inability to perform daily tasks. Patients may not be able to learn new things or take care of daily hygiene. At this stage, they may develop feelings of paranoia, frustration, and even anger.

By the time an individual reaches the severe stage of AD, damage in areas of the brain lead to lack of reasoning and inability to communicate effectively with others. Decisions become difficult and the body essentially begins to shut down. Ultimately, individuals are unable to care for themselves, and may even be bed-ridden or completely dependent on a caregiver.

It is believed that several factors contribute to AD; however, the actual causes are not well understood. It is known that AD develops over time and that a combination of lifestyle and heredity play a part. Some scientists believe that a special protein—apolipoprotein E&mdash;may be a risk factor, but this has not been confirmed.

Two types of brain cell lesions are seen in those with AD: “plaques” and “tangles” that accumulate. Plaques essentially keep brain cells from communicating with one another. Tangles are proteins in brain cells that become twisted, causing nerve cells to malfunction and even die. In summary, AD eventually destroys brain cells, causing the decline in everyday functions.

Currently, no cure is available for AD, but treatment can improve quality of life. Physicians primarily treat their patients by prescribing medications for lack of sleep, agitation, depression, anxiety, and other health problems. The drugs used to treat the actual disease slow the total decline in brain function.

Certain drugs used for the treatment of AD include donepezil (Aricept), rivastigmine (Exelon), and galantamine (Razadyne). This class of drugs is not effective for everyone and has side effects, such as fatigue, diarrhea, and nausea. Also, these drugs may help ease the symptoms of AD, but they have not been proven to alter the underlying dementing process.

Memantine (Namenda) was approved in 2003 to treat moderate-to-severe AD. It works by protecting nerve cells from a chemical called glutamate. It can be used alone or together with one of the other previously named drugs.

Although supplements such as vitamin E and gingko have been studied, no proof exists that these actually work.

People with AD suffer from confusion, mental disorders, anger, as well as other health issues. Caregivers suffer as well due to the demands placed upon them, ultimately causing poor health and stress. Although no cure for AD exists, research continues in an attempt to benefit those with the disease. â– 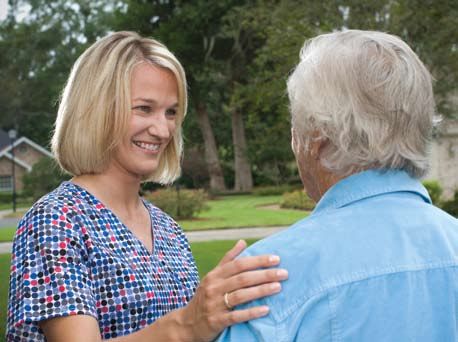 Undoubtedly, the pressure of caring for someone with AD can end up in “caregiver burnout.” Here are some tips:

• Do not use alcohol or other substances to cope

• Get plenty of exercise

• Try to control stress as much as possible