Oscar-winner Tom Hanks conveyed his appreciation for health care workers and encouraged people to follow protocols recommended by health experts in an effort to prevent the spread of COVID-19 during a live interview Monday hosted by ASHP.

Hollywood superstar Tom Hanks conveyed his appreciation for health care workers and encouraged people to follow protocols recommended by health experts in an effort to prevent the spread of the coronavirus disease 2019 (COVID-19) during a live interview Monday hosted by the American Society of Health-System Pharmacists (ASHP).1

The interview, moderated by ASHP TV host Dwayne Ballen, was conducted during the opening session of the virtual ASHP 2020 Midyear Clinical Meeting and Exhibition. It addressed Hanks’ experience with COVID-19, for which he was diagnosed March 11, 2020, in Australia, where he was working on a film.1

Hanks and his wife, actress Rita Wilson, who was also diagnosed with COVID-19, were hospitalized abroad as the virus ran its course.

“My wife is a breast cancer survivor. I’m 64 (years old)…and I have type 2 diabetes,” he said. “We were isolated and most importantly, we didn’t spread it to anyone else.”1

According to Hanks, who addressed ASHP attendees virtually from Australia, the couple watched as their hospital ward filled up with other patients with COVID-19 diagnoses, indicating the virus’ spread. The couple each had their temperatures and oxygen levels checked every 3 hours throughout their 3-night hospitalization.1

“I can’t say enough about the health care workers in Australia,” he said. “The doctors and the nurses that were on staff for us, they could not come into the room unless they had fresh [personal protective equipment]. These are really dedicated professionals that are experts in what they do, and they are stretched thin.”1

Following their discharge from the hospital, Hanks and Wilson were quarantined in Australia.

“We were under lockdown. We didn’t see anyone for the next 2 weeks. Down here, we were in lockdown along with the rest of the country until the end of April. We did not leave until we were allowed to leave the country,” he said. “The procedures that they put in place were serious.”1

Hanks appeared as the remote host of the first edition of Saturday Night Live (SNL) that was broadcast from cast members’ homes, an event that Ballen touched upon in his interview. During Hanks’ SNL monologue, he thanked health care workers and first responders while also making light of his diagnosis.2

“I have been more like America’s Dad than ever before, since no one wants to be around me very long, and I make people uncomfortable,” he quipped.2

However, during the ASHP session, Hanks expressed the sentiment that COVID-19 is no laughing matter. Hanks said he experienced difficulty concentrating and exhaustion, while also acknowledging the virus’ death toll, and other patients’ cases that were more serious than his and Wilson’s respective illnesses.1

“We’re fine (now). We were beaten up by the virus for about 10 days after we received a positive diagnosis,” he said. “We just felt really, really terrible. But other than quite crippling fatigue and some other noticeable symptoms, we were the fortunate ones.”1

Hanks, who later donated antibodies, added that preventive measures taken by health care workers often go unappreciated. Despite his and Wilson’s symptoms, he said, many people are asymptomatic and may not realize the virus is being spread.1

“(In the United States), 240,000 people dying from anything is bad news and should be paid attention to. This virus requires an ensemble effort, as we say in the movie industry,” said Hanks. “I come from the school of thought, whether it’s working a play or a movie, that we’re all in this together.”1

Hanks said he sees pharmacists’ ability to be empathetic as being tested by some people balking at wearing a face mask to prevent virus transmission.

“That is so little that is being asked of us,” he said.1

According to Hanks, health care professionals are dealing with people who no longer want to wear masks or take other preventive measures such as social distancing.

Prompted by Ballen, Hanks also touched upon the role of pharmacists in getting a COVID-19 vaccine administered to members of the public.

“They’re not just pharmacists, they’re psychologists,” Hanks said. “They have to talk people into simple steps (for prevention of the virus’ spread).”1

Now back in Australia to resume filming his movie, Hanks said that the country has shown that following the recommended procedures are working.

“They have tamed it down here so that it looks like regular life,” he said.1

Hanks said he is saddened to read news reports of the virus’ continued impact on the United States. In closing, he again expressed appreciation for pharmacists.

“Thank you for the work you are doing and keeping America healthy,” he said.1

HIV Course Focuses on Quality Measurement in the Pharmacy 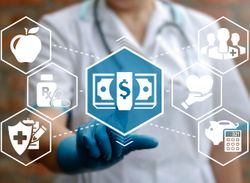