Medicine often conflates the social construct of race with biology and fails to address the health-related consequences of systemic racism, according to the presenters.

Although some schools include topics on systemic racism in individual classes, speakers at the American Association of Colleges of Pharmacy said it must be a central theme throughout pharmacy school curriculums to prepare students and improve health care access for all.

In the session, titled “Teaching on Half the Story: The Case of Systemic Racism,” several presenters discussed the findings from a survey of 7 pharmacy schools’ curriculums. They found that systemic racism is a low priority in pharmacy schools and is typically taught briefly in a single course for first- or second-year students.

The topic of systemic racism is complex and multifaceted, and includes policies, laws, rules, norms, and customs enacted by institutions, which advantage the majority population and disadvantage groups of color, according to presenter Edo-Abasi U. McGee, PharmD, BCPS, an assistant professor at the Philadelphia College of Osteopathic Medicine School of Pharmacy, Georgia campus. Systemic racism is also closely related to social determinants of health, although McGee emphasized that the former acts as a much broader umbrella and affects a greater range of issues.

“I think of systemic racism as a structural determinant of health,” McGee said.

She also explained that race is a construct and that racism—not race—causes disparities. Furthermore, she said that medicine often conflates the social construct of race with biology and fails to address the health-related consequences of systemic racism. For example, McGee explained students are taught to tell patients to eat healthier foods and walk more, instead of addressing issues that may pertain to social determinants of health.

The failure to better educate health care professionals on these issues within the medical education system have very direct impacts on patients, McGee noted. For example, estimated glomerular filtration rate (eGFR) is calculated differently for Black patients because they are presumed to have higher muscle mass and creatinine generation rates than patients of other races. McGee explained that this differentiation in eGFR often results in delayed dialysis and transplant referrals for Black patients.

By educating pharmacy students on systemic racism and these direct impact on patients, McGee explained that instructors can help future pharmacists connect the dots and work toward a greater level of equity in health care. In the wake of the national upheaval during the summer of 2020, McGee said many schools have begun changing their curricula to reflect new priorities.

All of the survey participants said the priority to explicitly teach about systemic racism was “low” or “extremely low,” according to presenter Marina Suzuki, PharmD, PhD, BCPS, BCACP, associate professor at the Pacific University School of Pharmacy. However, she noted that these answers were based on the 2020-2021 academic year, so they may not reflect new revisions.

Two respondents said systemic racism education is not offered at their institution; 3 said it was offered in a single course or module; and 2 respondents said it was offered in more than 1 course or module but without an overall theme throughout the school curriculum. Additionally, topics surrounding systemic racism were usually taught during the first didactic year, although 1 institution said it was taught in Advanced Pharmacy Practice Experiences (APPEs) and 4 said it was taught in co-curricular programs such as interprofessional case study activities.

The survey responses showed that a wide array of topics related to systemic racism were taught in the curriculums, including antiracism, cultural proficiency and health beliefs, historical abuses, implicit bias, lack of inclusion or participation in clinical trials, microaggressions, minority stress, racism as a social determinant, racism in health care, and diversity, equity, and inclusion. The presenters noted that the topics were taught within pharmacy schools using adaptive learning strategies such as cultural simulation games, case studies, reflective writing, and role play exercises. To assess student retention of the information, instructors used various assessment strategies, with writing reflections being the most common.

Finally, the survey asked about barriers to teaching systemic racism in pharmacy schools. The most frequent answers said that experiential roles did not exist for students to effectively learn about the topic, that there was not enough space in the curriculum, and that faculty were not comfortable teaching systemic racism. Most respondents did not believe that general resistance, concern for student acceptance of the topic, or support from administration were barriers.

Additionally, Suzuki explained that although most student responses expressed the importance of teaching systemic racism in pharmacy curricula, other student responses specifically noted the need for education on how to respond to racist comments from patients and the need to educate peers regarding the experiences of pharmacists of color in the field.

Most of the institutions said they plan to increase learning opportunities surrounding systemic racism over the next 1 to 5 years, although McGee questioned if this was enough.

“Ultimately, the question is, ‘Are we, as educators, ensuring our graduates are connecting the dots to truly diminish the inequities in access?’” McGee said. “To truly do that, we really must confront systemic racism in pharmacy education, to ensure [that] our learners are able to uphold the professional oath which we take as pharmacists to advocate for all patients. And until we can help them connect that dot, that’s the only way they’ll be able to truly mitigate health care inequalities.”

Expert: There Is a Gap in Understanding in the Medical Community that ‘Biological Sex, Gender Identity Actually Matter in Health’ 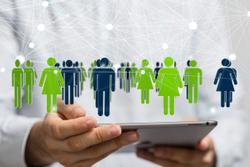 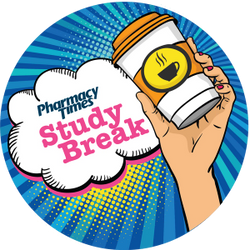