My favorite part about pharmacy school has been getting involved in professional pharmacy associations; attending events, holding leadership positions, and learning more about what the pharmacy associations have to offer has been the highlight of my 4 years and will continue to be long into my career as a pharmacist.

During orientation week in my first professional (P1) year, more than 20 organizations with chapters at Mercer University stood in front of us reciting their various acronyms and premises, and the decision about which organizations to join felt overwhelming. Since then, I’ve learned that each association provides unique reasons for students to join, most of which should overlap or coincide with students’ own niche interests. Most students join 1 or 2 organizations, but I chose to join every association that correlated with my future career goals.

I chose the National Community Pharmacists Association (NCPA) because my background in pharmacy had only been in community pharmacy, and I knew this was an eventual practice area where I hoped to find a career. I also joined the American Pharmacists Association-Academy of Student Pharmacists (APhA- ASP) because, as the largest pharmacy association in the country representing all practice areas, this organization serves as the voice of pharmacy to advocate for the profession, and I wanted to be a part of that voice.

Both the Georgia Pharmacy Association (GPhA) and the Tennessee Pharmacists Association (TPA) were also appealing to me because, while going to school
in Georgia and being from Tennessee, these are the 2 most likely states for me to practice in, and I wanted to be aware of what is happening in the profession in those states. Additionally, I joined the American College of Veterinary Pharmacy (ACVP) and the Alliance for Pharmacy Compounding (APC) due to my interest in both of these areas.

Attending conferences was the kick-start to my involvement in pharmacy associations. I made it my goal to attend as many as possible, which resulted in going to 11 conferences in my first year of pharmacy school while balancing time constraints and other responsibilities. Not only is each conference an opportunity to travel to interesting locations across the country, but it is also a chance to network with fellow attendees, find inspiration from the sessions’ content, and meet influential leaders in the profession.

The biggest concern I hear from fellow student pharmacists who are hesitant to attend conferences is the cost, which I believe is far outweighed by the benefits of attending. Budgeting for these types of events and making them a priority to attend will only result in positives as students will undoubtedly meet future colleagues, contacts/resources, or employers at these events.

Almost every association holds opportunities for student leadership, many of which I have sought out to learn more about and how to build essential leadership skills. I ran for an elected position at a regional level just 2 months into my P1 year, which included giving a speech in front of 500 people and campaigning for myself throughout the weekend, resulting in a win for the position of the APhA-ASP Region 3 Midyear Regional Meeting Coordinator for 2018-2019. This was followed by a whirlwind of other leadership opportunities, not only within APhA-ASP, but in other organizations as well. After this success, I felt ready to run and apply for other positions to follow the achievement of my first.

During my time in student leadership, my most notable positions included president for my APhA-ASP chapter at Mercer University, a member of the APhA-ASP National Standing Committee on Communications, secretary for Mercer University’s NCPA chapter, student board member for ACVP, and creator and president of the GPhA Student Leadership Board. Each position requires additional time—and often travel—but provides an opportunity to make connections and build leadership skills that will be valuable no matter the practice setting I choose. With the limited exposure to high level leadership positions I experienced before pharmacy school, I have done a lot of learning on the job, pushing myself to achieve, and sometimes surprising myself with success.

Leadership and involvement in associations can open doors and I often use these examples to encourage other student pharmacists to take advantage of these opportunities as well. I was offered a pharmacy intern job at Innovation Compounding, an independent pharmacy outside of Atlanta, Georgia, after meeting the owner while attending an APC Compounders on Capitol Hill conference. Additionally, a connection I made with the CEO of Pharmacy Quality Alliance (PQA) turned into a rotation at the organization, and a recommendation from an employee who held a similar leadership role at the National Alliance of State Pharmacy Associations (NASPA) became a year-long internship.

In addition to job opportunities, involvement and leadership can also lead to scholarships, which is always an advantage when you’re living on a student budget. Almost every organization offers student scholarships, and the required qualifications often include involvement or leadership.

Lastly, I have grown in my knowledge about future career paths that I didn’t even know existed. The value of associations in the profession of pharmacy is unparalleled, each acting as a collective voice stronger than individuals in a particular specialty practice area. More specifically, the organizations I am involved in focus on legislative advocacy, making efforts to create positive change in legislation that will propel our profession forward and break down barriers to practices that currently exist.

Student pharmacists often hear the phrase “pharmacy is a small world.” The chance to network with fellow association members can develop into jobs, internships, rotations, and connections for the future that will be valuable for the remainder of a student’s career. Associations also allow members to stay up-to-date on the profession, providing learning opportunities—like continued education and webinars—to draw from fellow members who are a great source of knowledge and advice. Perhaps most importantly, associations provide inspiration to achieve and to lead through innovation in the profession.

Notable pharmacists are always leaders in associations, and in order to join the ranks of these individuals, it’s necessary to first seek a seat at the table as well. Associations allow me to be the best future pharmacist I can be, and my drive to accomplish more for patient care and the profession can only be assisted by my membership and leadership in these organizations.

Savannah Cunningham is a 2022 PharmD candidate at Mercer University, a NASPA intern, an ACVP student board member, the GPhA Student Leadership Board executive director, and a Walgreens pharmacy intern. 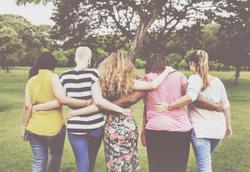 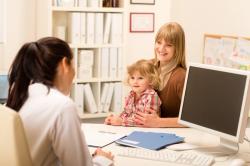