Most patients diagnosed with glaucoma are prescribed traditional eye drops that lower eye pressure. Lowering eye pressure is crucial for preventing damage to the optic nerve and can help prevent vision loss. The type of eye drops depends on the type and severity of glaucoma, treatment goals, and comorbidities.

While it has been well-established that these treatments are effective, there are significant improvements that can be made, according to an article published by the Glaucoma Research Foundation.

With traditional treatments, patients may experience difficulties with complex dosing regimens, irritation, redness, and medication that may be blinked away before it can reach the eyes. For these reasons, many researchers have been exploring novel ways to improve the delivery of glaucoma medication.

Sustained-release drugs allow the medication to enter the body in even doses over time. Since the treatment is administered throughout longer intervals, patients do not need to remember to take the drug daily. This can be convenient for patients and it can prevent problems that arise with poor adherence to daily drops, according to the authors.

There are currently several options for sustained-release treatments for patients with glaucoma, according to the article.

Scientists at the University of Southern California’s Roski Eye Institute created a micropump that is implanted into the eye. The pump is controlled by a wireless device and is replenished via injections into a port, making the patient’s involvement limited. The findings from initial clinical trials were positive, which led to additional studies, according to the authors.

Interestingly, investigators at Boston Children’s Hospital and Harvard Medical School have been developing a contact lens that corrects vision, but also delivers glaucoma medication through a drug-polymer film along the edge of the lens.

Pharmaceutical manufacturer Allergan also developed a biodegradable sustained-release bimatoprost implant, which uses a prefilled, single-use applicator system. When the implant is placed in the eye, it slowly releases the drug. An added benefit to this option is that the device degrades, making removal unnecessary.

In clinical testing, patients who received the bimatoprost implant saw substantial improvements in intraocular pressure. The investigators reported that more than 70% of patients with the implant did not require topical pressure-lowering medication or a second injection of bimatoprost.

These findings show that the implant can significantly reduce intraocular pressure with the added benefit of no removal necessary, according to the article.

These novel glaucoma treatment approaches will likely be available in a clinical setting and available to patients within the next few years. These new options will prevent patients from experiencing treatment burden that is associated with eye drops, the article concluded. 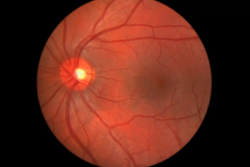