Study: Smokers Who Start at a Young Age are 3 Times More Likely to Die Prematurely

The objective for researchers in the new study was to determine whether the findings were generalizable in other populations by conducting a similar analysis in the United States, focusing on death from cardiovascular disease.

New research from the American Heart Association (AHA) found that current smokers faced nearly 3 times the risk of premature death from cardiovascular disease compared with people who never smoked, with the risk being higher among those who began smoking during childhood.

The objective for researchers in the new study was to determine whether the findings were generalizable in other populations by conducting a similar analysis in the United States, focusing on death from cardiovascular disease.

Using data collected between 1997 and 2014 from the annual US National Health Interview Survey, the researchers examined the medical histories, lifestyle habits, and demographics of smokers and nonsmokers. The study included 390,929 adults between 25 and 74 years of age, with 56% being female. Current smokers were grouped by the age at which they began smoking, and occasional smokers were excluded from the study.

During the follow-up period, 4479 people died before 75 years of age from heart disease or stroke. Researchers found that 58% were never smokers, 23% were ex-smokers, and 19% were current smokers, after adjusting for potential confounding variables, such as age, education, region, and race, according to the study.

Among current smokers, 2% had started smoking before 10 years of age, whereas 19% began smoking between 10 and 14 years of age. Those who quit smoking by 40 years of age reduced their excess risk of premature death from cardiovascular disease by approximately 90%.

“This study adds to the body of evidence that starting to smoke at younger ages can significantly increase the risk of death from cardiovascular disease,” said Rose Marie Robertson, MD, FAHA, deputy chief science and medical officer of the AHA, in a press release. “It validates the American Heart Association’s position that smoking is a serious health hazard, that effective multi-episode counseling and medical therapies for cessation should be available to all and that stopping smoking should be an urgent priority for smokers of all ages, especially the young.”

The study authors noted that more research is needed to better clarify the mechanisms by which prolonged smoking from childhood affects cardiovascular risk. Research is also needed to examine the association between early smoking initiation and death from other causes, such as respiratory diseases and cancers, and in other populations. 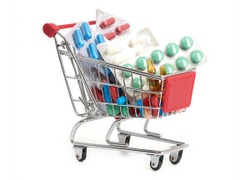 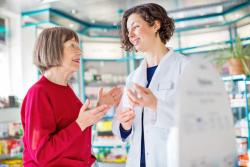