Investigators focus on understanding the difference in the microenvironments that surround cancer cells in the primary tumor versus the sites where it metastasizes.

New study results show that molecular features are tied to the spread of breast cancer tumors, investigators at the UNC Lineberger Comprehensive Cancer Center said in a statement.

The study investigators focused on understanding the difference in the microenvironments that surround cancer cells in the primary tumors versus the sites where the tumors metastasize. They analyzed tumor tissue from 55 metastatic breast cancer patients, representing 51 primary cancers and 102 metastases. Advanced genetic tools were used to identify significant differences in tumor cells and immune features, or markers of change in the immune response, between primary tumors and their metastatic progeny.

Genetic changes that led to lower levels of immune cells being able to infiltrate and attack tumor cells were discovered, which were more common at metastatic sites, according to investigators. Further, the lower levels were notable in the 2 central components of any immune response, B-cells and T-cells, which direct the anti-tumor immune response.

The investigators also looked at the differences among various sites of metastases. For example, the brain and liver metastases showed lower levels of an immune cell response compared with levels of immune cells found in lung metastases.

“We had 2 pressing questions we wanted to answer: starting at the genetic level, does the way genes are expressed in a cancer vary in primary tumors compared to its metastases, and do these gene expression features vary according to the site of metastasis?” investigator Susana Garcia-Recio, PhD, said in a statement. “We found that around 17% of metastatic tumors had reduced expression of a gene that affects cellular immunity, had specific changes to their DNA, and reduced ability of immune cells to infiltrate their environment and fight off cancer cells.”

The data produced 1 important clinical implication: 1 in 8 women will receive a breast cancer diagnosis, and one-third of those diagnosed will develop metastatic breast cancer, which points to the need for a diversity of treatment options.

“We will probably need to take immune response differences into account when we treat individual patients based upon their biopsies, as well as their immune system biomarkers,” Garcia-Recio said.

Tissue samples were the reason that this project was successful, which provided the investigators with the ability to look at hundreds of primary tumor and metastatic specimens, including metastases to the brain, liver, lymph nodes, and lungs. In addition, 3 different genetic technologies were used on each tumor or metastasis specimen, which occurred by using facilities at 3 institutions to give the group of investigators an advantage.

“This is where patients play such a key role,” Garcia-Recio said.

“We used tissue samples from the AURORA tumor bank, but we need a higher number of biopsy samples to be able to carry out more expansive future research efforts,” she said. “We owe our patients a tremendous round of thanks for helping us advance our research efforts to this point and for any contributions they make in the future.”

The Impact of COVID-19 on Cervical, Breast Cancer Screenings 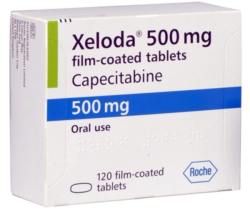