Exposure to fine particulate, carbon monoxide, and ozone over time was linked to increased methylation, leading to higher rates of heart disease and other conditions in adulthood.

Children exposed to air pollution, such as wildfire smoke and car exhaust, for even 1 day may experience higher rates of heart disease and other conditions in adulthood, according to a new, first-of-its-kind study from Stanford University.

The analysis, published in Nature Scientific Reports, investigated air pollution’s effects at the single cell level with a simultaneous focus on both the cardiovascular and immune systems in children. Its findings reinforced earlier studies that found bad air can alter gene regulation in a way that impacts long-term health.

“I think this is compelling enough for a pediatrician to say that we have evidence air pollution causes changes in the immune and cardiovascular system associated not only with asthma and respiratory diseases, as has been shown before,” said lead author Mary Prunicki, MD, PhD, director of air pollution and health research at Stanford’s Sean N. Parker Center for Allergy and Asthma Research, in a press release. “It looks like even brief air pollution exposure can actually change the regulation and expression of children’s genes and perhaps alter blood pressure, potentially laying the foundation for increased risk of disease later in life.”

The investigators studied a predominantly Hispanic group of children between the ages of 6 and 8 years old in Fresno, California, a city with some of the highest air pollution levels due to industrial agriculture and wildfires. They used a combination of continuous daily pollutant concentrations measured at central air monitoring stations, daily concentrations from periodic spatial sampling, and meteorological and geophysical data.

The team estimated average air pollution exposures for 1 day, 1 week, and 1, 3, 6, and 12 months prior to each participant visit. These data were combined with health and demographics questionnaires, blood pressure readings, and blood samples.

The investigators also used a form of mass spectrometry to analyze immune system cells for the first time in a pollution study. The approach allowed for more sensitive measurements of up to 40 cell markers simultaneously, providing a more in-depth analysis of pollution exposure impacts than previously possible. According to the study authors, the findings paint a troubling picture.

The researchers noted that exposure to fine particulate, carbon monoxide, and ozone over time is linked to increased methylation, an alteration of DNA molecules that can change their activity without changing their sequence. This change may be passed down to future generations.

The study also noted that air pollution exposure correlates with an increase in monocytes, which are white blood cells that play a key role in the buildup of plaques in arteries and could potentially predispose children to heart disease later in life. Although these are concerning implications, the researchers said future studies are needed to verify their findings.

Hispanic children have higher levels of health ailments than others, especially in California, where they are exposed to higher traffic-related pollution levels than non-Hispanic children. Among Hispanic adults, prevalence for uncontrolled hypertension is greater compared with other races and ethnicities in the United States, making it even more important to determine how air pollution will affect long-term risks for Hispanic children.

Respiratory diseases are also killing more Americans overall each year. According to the study, they rank as the second most common cause of deaths globally.

“This is everyone’s problem,” said senior author Kari Nadeau, MD, PhD, director of the Parker Center, in the press release. “Nearly half of Americans and the vast majority of people around the world live in places with unhealthy air. Understanding and mitigating the impacts could save a lot of lives.” 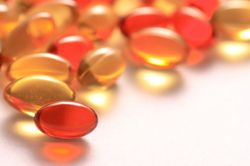 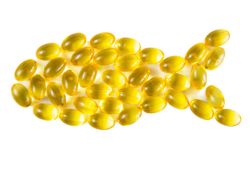