Benzodiazepines are considered first line treatment but are ineffective in nearly 1/3 of SE cases;1 alternative therapies include levetiracetam, fosphenytoin, and valproate. Of the anticonvulsants indicated for second line for benzodiazepine-refractory SE, or established SE, the optimal choice is undefined. Previous studies have tried to clarify this uncertainty by evaluating the efficacy of levetiracetam or fosphenytoin relative to patient age. They were unable to determine a relationship.

The ESETT, a double-blind response-adaptive randomized study, recruited 478 patients from 58 hospital emergency departments in the United States. Eligible patients were aged 2 years and older, and being treated for persistent or recurrent generalized convulsive seizures that lasted longer than 5 minutes after the final benzodiazepine dose.

The primary efficacy outcome was defined as cessation of seizure activity and improving responsiveness within 60 minutes of study drug administration, without requiring additional antiseizure medication, including medications used for endotracheal intubation. The primary safety outcome was a composite of life-threatening cardiovascular events (hypotension or cardiac arrhythmia).

Each agent achieved about a 50% response rate in all age groups. The primary safety outcome was also comparable between age groups and drugs.

The results of this study offer clinical guidance to a complex condition; any of the 3 interventions indicated for benzodiazepine-refractory SE may be considered acceptable as first choice, second line treatment.

Katherine E. MacDonald is a 2021 PharmD candidate at the University of Connecticut in Storrs.

Study Highlights Changes to the Brain Caused by Migraines 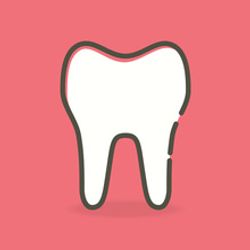