The FDA has accepted for review Amgen's new drug application for etelcalcetide to treat secondary hyperparathyroidism in patients with chronic kidney disease on hemodialysis.

The FDA has accepted for review Amgen’s new drug application (NDA) for etelcalcetide to treat secondary hyperparathyroidism in patients with chronic kidney disease on hemodialysis.

Etelcalcetide, formerly known as AMG 416, would be the first calcimimetic agent administered intravenously if approved by the FDA.

"Etelcalcetide has a novel method of administration that has the potential to help fill an unmet need for the many patients impacted by secondary hyperparathyroidism," said Sean Harper, executive vice president of Research and Development at Amgen, in a press release.

The NDA is based on data from 3 phase 3 studies. Two of the studies were placebo-controlled trials involving more than 1000 patients, and the third study evaluated the efficacy of etelcalcetide compared with cinacalcet.

Etelcalcetide is a calcimimetic agent that suppresses the secretion of parathyroid hormone. It acts by binding to and activating the calcium-sensing receptor on the parathyroid gland.

Etelcalcetide is designed to be given intravenously to patients 3 times per week after each dialysis session. 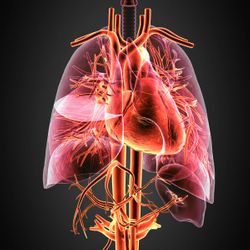