Advancements and Considerations in the Treatment of Heart Failure - Episode 6

Safety and Efficacy of SGLT2 Inhibitors in Heart Failure

Experts in cardiology and pharmacy provide an overview of the cardiac benefit of SGLT2 inhibitors by discussing their mechanism of action, safety, efficacy, and cost burden for patients with heart failure.

Richard Mullvain, RPh, BCCP, BCPS, CCCC: We’re going to move on to what’s taken the heart failure world by storm the last couple of years: SGLT2 inhibitors. I’m going to be leaning on Alex for this 1. Give me a second here, Alex. I have a full agenda. I’m going to lay it all out and then let you have at it. We want to make sure we understand the mechanism of action of SGLT2 inhibitors, specifically dapagliflozin and empagliflozin for heart failure treatment. We want to look at the efficacy and safety profile. I’m sure we’ll gather some of the data from the DAPA-HF trial as well as the EMPEROR-Reduced trial, which is giving us direction.

When do you suggest adding the SGLT2 inhibitor? When do you recommend 1 over the other? Do we recommend 1 over the other? Are there patient populations that would likely benefit from early intervention with an SGLT2 inhibitor? For example, is it patients with heart failure with diabetes or without diabetes? Does it matter? That’s what we can talk about. How do these fit into our current guideline-directed medical therapy [GDMT]? I know that’s a lot, Alex. I’m sorry I laid it all out like that, but let’s have at it. Let’s start from the beginning: SGLT2 inhibitors and heart failure. Go.

Alexandra Goncharenko, PharmD, BCPS, BCCP: SGLT2 inhibitors are taking a lot of specialties by storm: cardiology, endocrinology, and nephrology. They’re the hot new drugs on the market, so it’s really important that we discuss them. Initially, these medications were developed to treat hyperglycemia for patients with type 2 diabetes. When you think SGLT2 inhibitor, you think inhibition of glucose reabsorption in the kidney. There were many large clinical trials completed to study both the efficacy and safety of these drugs for patients with diabetes. One of the first groundbreaking trials to show benefit of SGLT2 inhibitors was EMPA-REG OUTCOME, where empagliflozin showed that patients with type 2 diabetes who are at high cardiovascular disease risk had an early reduction in major cardiovascular outcomes—cardiovascular death and hospitalization for heart failure—as well as a reduction in renal outcomes.

Canagliflozin and dapagliflozin later showed similar results in their studies for patients with diabetes in terms of prevention of incident heart failure. Because of the dramatic results, there were questions remaining about whether these therapies could be used for the treatment of heart failure. Also, is the benefit seen in those without diabetes? This led to the DAPA-HF and EMPEROR-Reduced trials, which evaluated dapagliflozin and empagliflozin for these questions. Lo and behold, it showed that there was a significant reduction in the combined risk of cardiovascular death and hospitalization for heart failure in patients with and without diabetes. These 2 trials really solidified SGLT2 inhibitors as heart failure medications.

In terms of the mechanism of action, since these studies have been published, there have been multiple theories regarding the potential cardiac benefit. We know how it treats diabetes, but how does it really help the heart? This is an area of research that’s being explored. We don’t exactly know why. We know multiple reasons. There could be inhibition of cardiac remodeling, anti-inflammatory properties, blood pressure lowering, the original diuretic effect, diuresis, natriuresis, improvement of cardiac energy metabolism, or decreasing the fat mass around the heart. There are many reasons SGLT2 inhibitors could have this cardiovascular benefit. They’re still researching exactly why.

In terms of where to place SGLT2 inhibitors in therapy, they should be added as the backbone therapy for patients with chronic stage C heart failure with reduced ejection fraction, as well as for patients who are already on a beta-blocker, hopefully ARNI, ACE, or ARB, and an aldosterone antagonist. It’s being termed quadruple therapy, so those 4 should be the backbone for all patients with heart failure with reduced ejection fraction, as long as there’s no contraindication or adverse effects. It’s not even necessary to titrate each to a target dose before adding another. Some recommend initiation of all 4 at low doses and then titrating as tolerated.

As a heart failure pharmacist working in chronic disease management, I preferentially have started SGLT2 inhibitors more upstream in those who have both chronic heart failure with reduced ejection fraction and uncontrolled diabetes. This is just personal preference, because I have found that when patients have uncontrolled diabetes and hyperglycemic symptoms, both can often confound each other. Patients don’t feel well. If you can start the SGLT2 inhibitor and get a better control of their blood glucose levels, then later adding the GDMT and titrating it, patients tolerate it better and respond better. They’re more accepting of those medications.

In terms of safety, SGLT2 inhibitors can increase the risk of hypoglycemia, but this is in the setting of a patient who’s already on insulin or sulfonylurea. SGLT2 inhibitors themselves don’t cause hypoglycemia. They can also increase the risk of dehydration. If a patient is also on a diuretic, it may require dose reduction to prevent dehydration. It’s important to avoid adding ARNI, ARB, or an ACE inhibitor or increasing those doses at the same time, because it can increase the risk of renal injury. That should be done 1 at a time or 1 visit at a time. Clinical trials have shown there might be a mild decrease in eGFR [estimated glomerular filtration rate]—maybe even up to 30% from baseline—but this is to be expected, and the long-term benefit in renal protection of SGLT2 inhibitors outweighs this risk. It’s important not to react to little bumps in eGFR or creatinine levels for these patients.

To prevent these infections, it’s important to counsel patients once starting these medications. Good personal hygiene and adequate hydration are very important, especially for those at higher risk of infection. Based on trial data, when patients develop infections with SGLT2 inhibitors, it’s usually uncomplicated and tends to resolve with a brief course of oral antifungal agents. The SGLT2 inhibitor can be safely continued unless the infection becomes severe or recurrent. Originally, there was also a concern about lower limb amputations with these medications from the canagliflozin trials. The FDA even temporarily added a black-box warning. But further data showed that the risk is low as long as patients are carefully monitored with regular foot exams. The benefits of SGLT2 inhibitors definitely outweigh the risk.

Richard Mullvain, RPh, BCCP, BCPS, CCCC: That was great. I’ve seen that in our practice too. Sometimes you’re initiating SGLT2 and they’re on a good, solid dose of a diuretic, and we have to back off that diuretic dose. It sounds like you’ve seen that too. Go ahead, Randy.

Ryan Jacobsen, PharmD, BCPS: I was just going to add a quick comment. That was a very nice overview, Alex. I was reflecting back to Randy’s initial comments about the standard of care 20 or 30 years ago with diuretics and digoxin. It’s interesting that—coming full circle—digoxin has a very limited role, if any, at least in my experience with cardiologists in this area. We’re seeing that in some patients whom we successfully start on this backbone of therapy, when their ejection fraction improves and their volume status improves, they’re not even on a diuretic anymore. These might be patients who were previously very symptomatic and very volume overloaded. It’s pretty remarkable.

Richard Mullvain, RPh, BCCP, BCPS, CCCC: Yes, good points. I’m going to bring in Randy to comment on the SGLT2s, and maybe even more from the retail side of things. What are some of the challenges you see with the SGLT2 inhibitors? Where do you see this going in the future?

Randy McDonough, PharmD, MS, BCGP, BCPS, FAPhA: First, Alex, you did a very nice job. Thank you for that thorough discussion. The challenge for pharmacists and other providers is making sure they’re using these upstream, as Alex said; especially recognizing the value they have for patients who have diabetes. But even for those patients without diabetes, there’s debate about whether to use these. Obviously, there’s a place in therapy for these, especially for patients who are still symptomatic with stage C heart failure.

These are costly. They usually require a prior authorization or are going to be in a higher-tier level, so they’re going to have a more expensive co-pay to the individual. Now we have a number of therapies that patients have to be on. We have to make sure they’re not only on the appropriate therapy but that we’re dosing them appropriately. Where do the SGLT2 inhibitors fit? Alex did a nice job of describing that. Make sure the prescribers and pharmacists know that these have a place in therapy, and start using them.

Ryan, you talked about digoxin. It’s not like the digoxin just stopped in 1994 or 1995 when we got our first guidelines. It took awhile for those things to slowly go away. Guidelines take awhile for people to start using them on a regular basis. The ARNIs will be coming on stronger as people recognize that, but this is going to take time. That’s all the more reason to make sure we’re very intentional with the recommendations as we work together as a team. This is truly a team approach. That’s what I loved about this update to the guidelines, where pharmacists were identified as part of that team.

Richard Mullvain, RPh, BCCP, BCPS, CCCC: Absolutely. Thanks for sharing that, Randy. You’re right. I was thrilled to see that in the guideline update too, about the role that pharmacists can play. We’re going to touch on that in a few minutes.

Some Beta-Blockers, Antiplatelet Medications May Increase Risk Of Heart Attack in Extreme Weather 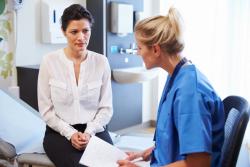