Between 1 and 10 of every 100 children have Tourette's syndrome (TS), a neurodevelopmental disorder with characteristic tics. Pharmacologic and behavioral approaches to treatment for TS are discussed.

Dr. Zanni is a psychologist and healthsystems consultant based in Alexandria, Virginia.

Named after the French neurologist who first described this disorder, Georges Gilles de la Tourette, Tourette’s syndrome (TS) is a neurodevelopmental disorder with onset typically occurring between ages 4 and 6.1 Most pharmacists are familiar with its repetitive motor and vocal tics that wax and wane in various cycles, occur in a spectrum of severities, and sometimes change over time.2 Hallmark symptoms of TS are described in Table 1. 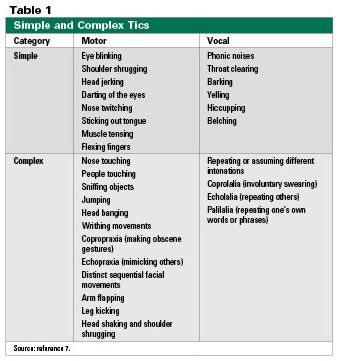 Stereotyping inaccurately portrays TS patients screaming obscenities or gesturing sexual activity. Among men and women diagnosed with TS, coprolalia (involuntary expression of socially unacceptable words) occurs at some point in 19% and 15%, respectively, and copropraxia (socially inappropriate gesturing) occurs in 6% and 5% in men and women, respectively.3

Symptoms typically intensify during periods of anger, excitement, or stress, but subside somewhat during periods of fatigue, calm, or focused enjoyable activity.4 Complex tics may appear coordinated and voluntary. And although some patients exercise inhibitory control for seconds to hours, this merely delays the outburst, which may be more extreme when voluntary control ends.5 Some patients experience premonitory urges or tension just prior to the tic that dissipate once the tic occurs. Tics often persist during sleep, supporting their involuntary nature.6

Between 6% and 20% of children have TS, with boys up to 4 times more likely to have TS than girls.4 TS typically begins with motor tics. Simple vocal tics follow, and then complex tics may start. Symptom severity peaks between ages 8 and 11, with symptom improvement or resolution in 65% to 80% of patients in early adulthood.2,7,8 For most, TS is a lifetime disorder; only 8% to 10% have complete remission in adulthood.8 Early severity is not predictive of adult severity.8

TS is associated with numerous co- morbidities: up to 50% develop an obsessive-compulsive disorder (OCD), and approximately 25% have comorbid attention-deficit/hyperactivity disorder (ADHD).2,9,10 Additionally, mood and anxiety disorders occur in up to 25% of patients, as do sleep disorders (20%- 50%). Although not life-threatening, approximately 33% to 44% engage in self-injurious behaviors (eg, scratching), possibly because of underlying mood disorders.6,8

Comorbid conditions are often more functionally disruptive than TS itself. Most TS patients have normal intelligence, but severe symptoms, especially those from ADHD and OCD, cause learning difficulties in up to 50% of TS children.6 Social adjustment problems, social isolation, and ridicule by others are common, often leading to depression and anxiety.

TS symptoms are easily confused with those of other disorders, including mental retardation, Wilson’s disease, Meige’s syndrome, Huntington’s disease, neuroacanthocytes, Sydenham’s chorea, amphetamine abuse, schizophrenia, autism, and ADHD.11-13 Sudden medication withdrawal (eg, neuroleptics) also can lead to emergent tics. Semivoluntary suppression of tics, along with their premonitory urges that are relieved when the tic occurs, are clinical features differentiating TS from other disorders.9

Symptom management, and ideally suppression, is the goal of treatment. Treatment strategies and pharmacotherapy must occur in tandem with comorbidity-related treatment goals. 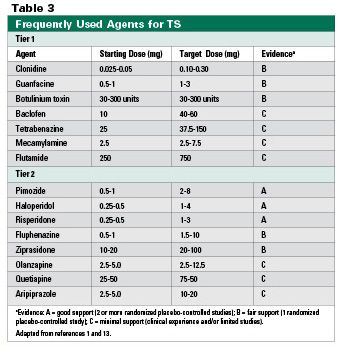 Among the first tier, the alpha-adrenergic agonists, which are used primarily for hypertension treatment, are effective, particularly clonidine and guanfacine. Clonidine is also effective in reducing ADHD.1 Children’s doses for clonidine are 0.3 mg daily, and for guanfacine 0.5 to 1.5 mg twice daily.4,7,12

The neuroleptics have been the mainstay of TS treatment, with haloperidol and pimozide both demonstrating equal effectiveness, although pimozide is better tolerated.13 Haloperidol is effective in approximately 70% of cases. Among the atypicals, risperidone is frequently used.7 Side effects, particularly risk for tardive dyskinesia (TD), must be carefully considered. Despite olanzapine’s lower TD risk, children generally tolerate it poorly.

Because TS symptoms wax and wane, and antipsychotics require several weeks for maximum impact, practitioners must be careful not to confuse treatment response with natural symptom waning. The majority of patients usually require medication for up to 2 years, and approximately 15% require long-term pharmacotherapy.7 Once tics appear stable and/or suppressed, gradual dose reduction is recommended.

As with many childhood disorders, the entire family must be involved in treatment. Parents often benefit from training in behavior management and techniques that foster social skills and self-esteem. â– 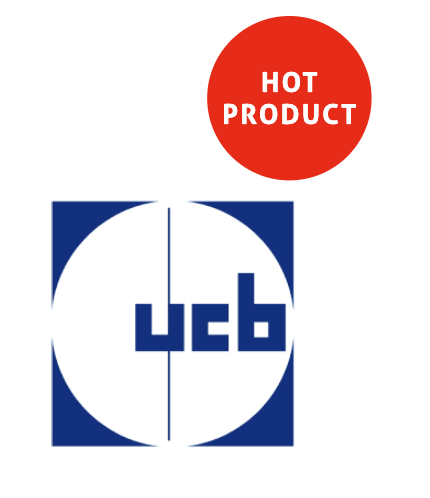