Psychedelic Medicine for Eating Disorders: Learning to See the Body As Home

New research suggests that ketamine can help rehabilitate those who suffer from an eating disorder, and it is important to recognize the root cause of this mental health crisis.

Join Pharmacy Times as we welcome back Reid Robison, MD, Chief Medical Officer at Numinus. Dr. Robison discusses psychedelics as an effective and innovative new treatment for eating disorders, getting candid about its stigma, how the world (and even America) is not fully on board, and the clinical efficacy of this treatment.

Q: Can you elaborate on how ketamine accelerates therapy?

Reid Robison, MD: You could sum it up in 2 ways (that psychedelics may have with eating disorders); the first would be to help kind of alleviate some symptoms, or tone down the intensity– whether it's ketamine and its’ glutamate mechanism, or classic psychedelics and their serotonin signaling creating this cognitive flex flexibility. That is one of the main challenges in eating disorder treatment.

And then the second way it helps is creating this brain state that's more desirable and amenable to treatment and can accelerate the therapeutic processes- whether that's the self-awareness that comes along with it, the increased self-compassion. Those things result in some motivation, seeing past the big walls that we may have built up at a time in our lives when we needed to, and we were under a lot of stress or change or going through some trauma or transitions– or perhaps even engaging in athletics, where there's an excessive focus on body image and food and dieting, for example.

Q: How is social stigma affecting perception of this treatment option?

Reid Robison, MD: You know, I remember those D.A.R.E ads as well, or “This is Your Brain on Drugs”. And it feels like the psychedelic renaissance of recent years has done so much to start to reduce that stigma. I'm seeing parents, families, and individuals with eating disorders reach out all the time. Multiple times a week, I'll get messages from people across the world seeking some guidance or opportunities to participate in some of this research or access some of these things clinically. Because I think eating disorders are an example of a condition.

Take severe PTSD (post-traumatic stress disorder), for example, where people are suffering and the urgency around helping them through this is so much higher than the old stigma– that some of those outdated and misdirected cultural fears and beliefs are just crumbling away. As these options present themselves and provide somewhat of a beacon of hope for individuals who have been struggling for so long.

Q: Do individuals come to you from places where this treatment is not as widely accepted?

Reid Robison, MD: I was having a conversation with a parent last week from Australia–  where ketamine may be available in some ways for adults– but when trying to access this as a possible way of helping their teen daughter, the answer has just been “no, that that cannot be done” because of her age. And we see the regulatory environment is different in different parts of the world. Even comparing the US to Canada, for example, or even state to state in the US. All in all, I should point out that ketamine is not FDA-approved for eating disorders. Ketamine is only FDA-approved in anesthesia. In fact, there we now do have S-ketamine, or spravato [which is]  FDA-approved for treatment resistant depression, for example. And we do especially in conditions like eating disorders where other options are lacking. We do routinely use (as prescribers as clinicians) off-label treatment options. Because we want to help in whatever way possible and because of that urgency, we don't want to wait until these things go jump through all those hoops of not only doing the the much needed large scale trials to attain approval– but also to get past the those old stigmas and things that we were discussing.

Psychedelic medicines like psilocybin and MDMA, for example, do have a fast track designation from the FDA. Meaning they're, they're seen as having an important potential and where there is an urgency about them and the FDA supporting that. But those medicines and things like ketamine, esketamine, for example, which are being studied for the even more widespread conditions like major depressive disorder [and] treatment resistant depression. Many people agree with the need for (and I think we can all agree with the need for) new and improved treatment options in eating disorders. And many people see the potential of psychedelics for eating disorders. But unfortunately, that comes a little further down the road.

As far as going for approval, there are organizations working on it. But because it's taking some time, we're doing all the studies that we can, like investigator-initiated studies who are working with nonprofits and drug developers. But in the meantime, [we are] using the tools that are available, like ketamine-assisted psychotherapy, for example, and tracking the data as we go, publishing that and pooling resources as a field so we can advance things as much as possible, and as quickly as possible.

Reid Robison, MD: There is still a stigma, like we've been talking about, and a bias that we do need to work hard to collectively reframe, both a stigma in mental health and access to treatment. It should be more a sign of strength to seek out help with your mental health, and not a sign of weakness. There's a stigma in eating disorders, and there's the whole “thin beauty ideal” in culture. We need to make a shift there— instead of weight focus, look at health focus, or from seeing our body as a billboard, to seeing our body as a home. And instead of moving or exercising for punishment, do it for pleasure— move by life with more freedom.

I think we really need to see our bodies as not a problem to be solved but a home to take care of. And the hard part is we're steeped in this culture that almost prescribes eating disorder symptoms. When there's a higher weight, for example, the truth of the matter is you don't need to know your weight to be happy or even to exist. There are these movements, like health and every size, that are addressing weight bias and stigma (especially in individuals who might be living with obesity or overweight).

And then on the other end of the spectrum, with things like anorexia, for example, there's under-recognition in certain geographic locations or ethnic groups— there's a huge rate of disordered eating showing up in athletes, where we just need more awareness, more recognition. There's a higher rate of disordered eating and eating disorder risk that appears in LGBTQ communities. We need to deploy support and resources there, in and across socioeconomic classes to help open up access to more treatment. We are seeing treatment rates and access increase a little bit coming out of the pandemic. There's just so much work to do.

Lastly, I'll say that having done over a couple 100 clinical trials in psychiatry, I'm really inspired by the promise and potential of psychedelic medicine. Even though we have a lot more research to do, I am really looking forward to these tools as ways of getting more to the root underlying cause and hopefully intervening earlier and earlier in the process to help people get their lives back sooner. 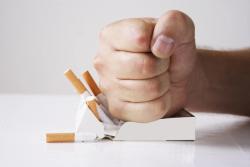 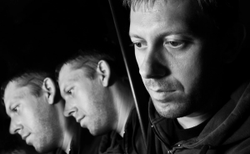