No difference found in mortality and cardiac events among patients that were and were not taking beta-blockers after an angioplasty.

Researchers in a recent study did not find beneficial outcomes for older patients treated with beta-blockers after a coronary angioplasty.

Beta-blockers were not seen to improve mortality rates or decrease future cardiovascular incidents for older patients with stable angina who have no history of heart attack or heart failure. In the study, which was published by the JACC: Cardiovascular Intervention, researchers analyzed records from 755,215 patients included in the NCDR CathPCI Registry linked with Medicare.

Approximately 7.14% of patients included in the study were prescribed beta-blockers. These patients were more likely to be younger, female, and have a history of hypertension, diabetes, high cholesterol, smoking, dialysis, and prior angioplasty, the researchers found.

At 30 days, researchers did not discover any difference in patient outcomes between individuals taking beta-blockers compared with those who did not. Mortality rates and cardiac events were under 1% for both groups of patients, according to the study.

Researchers said that since this group of patients had an increased risks of cardiac events, it is possible they would not have fared so well without the beta-blockers. They concluded that the determining the reasons for increased readmissions for heart failure require future studies.

Study Emphasizes Need for Long-Term Monitoring of Hypertension After Childbirth 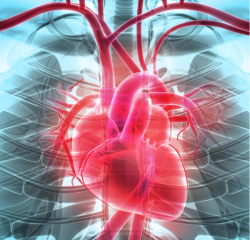