As the role of pharmacists continues to expand to include more primary care duties, pharmacy technicians are needed to help fill the gap. Serious preventable medication errors occur in 3.8 million inpatient admissions and 3.3 million outpatient visits every year, according to the presentation. These errors cost approximately $20.6 billion per year, according to the Network for Excellence in Health Innovation (NEHI). Dosing errors make up 37% of preventable errors.

The vast majority of physicians do not communicate with a pharmacist regarding a new prescription. Thirteen percent report the changes and only 32% of physicians in ambulatory care use electronic prescribing, according to the NEHI. Only 4% of physicians reported having electronic medical record (EMR) systems that were fully functional and had a prescribing function.

Pharmacy technicians are playing a growing role in medication error prevention and are often seen as the first line of defense. As the role of the pharmacist grows, the technician is in a unique place to be able to catch errors and prevent them from happening in the first place.

Bruhn has been a senior certified pharmacy technician at Walgreens Pharmacy for more than 13 years. Additionally, she is the lead pharmacy technician instructor at Pima Medical Institute in Denver, Colorado. According to Bruhn, the average pharmacy technician can make approximately 6 mistakes per day and should use the 5 patient “rights” while checking medications to avoid these errors.

“Back in the day, you used to just be a pharmacist. Now you are a Doctor of Pharmacology. You are a doctor...They’re really respecting the role of the pharmacist with their clinical knowledge. We go on rounds in the hospital, we’re involved in [pharmacy and therapeutics] committees. They’re starting to allow the pharmacist to write certain prescriptions,” Bruhn said.

Bruhn added that it’s about time pharmacists are being acknowledged for their medical knowledge. They are more than qualified to perform these tasks; however, as the pharmacist moves up, the technician moves on up with them.

“We do take on a lot of responsibility. We are expected to know a lot as far as medications, brand generics… and laws, and regs and what you do with a recall…” Bruhn said. “It’s nice to see, and I think with the certification and the state licensing, I think we’re becoming more and more validated.” 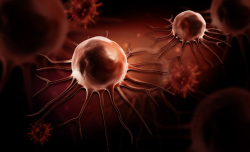 Tip of the Week: Pharmacists, Students, Other Employees Can Benefit from Financial Literacy
Advertisement
Advertisement