A pharmacy technician in a Midwestern state filed a lawsuit against his former employer alleging his termination violated the law.

A pharmacy technician in a Midwestern state was terminated from his position because of repeated instances of tardiness reporting for work.

He filed a lawsuit against his former employer, a pharmacy chain, alleging the termination violated the law for several reasons, including discrimination for a disorder he suffered. Did he prevail?

The plaintiff (technician) had been employed at 1 of the chain’s locations for many years. During one 8-month period, he was late to work 122 times. Following the firm’s employment policies, the tech was subjected to progressive discipline for the tardiness over a period of time. The continual lateness eventually resulted in his termination.

The former employee argued that his attendance and tardiness issues were because he had attention-deficit/ hyperactivity disorder. Taking that claim into account, the employer reinstated him. Moreover, the firm offered the tech extra assistance because of his claimed disability.

Each incident of tardiness led to corrective action reports and counseling by the employer that included this wording about the firm’s employee assistance program: “If you are experiencing any personal issues that may be affecting your job performance, we encourage you to consider contacting ‘life resources.’”

Each time, the tech arrived late to work, the employer provided him with a contact telephone number and a web address for additional information about this external employee assistance program. In 11 instances when he was presented with this written information, his supervisor circled it, highlighting the desire to help and support him as he worked through his issues.

The tech did not access the offered assistance resources and did not comply with the request from his employer that he provide a functional capabilities evaluation. He did ask that the employer provide him with a set standard schedule to help him address the tardiness. The employer honored that request for a period of time. Despite that, the tech continued to arrive late for work.

He made a second request for a set schedule, but this time, the employer did not honor it. The employer finally terminated the tech for chronic tardiness, which led the tech to file 2 complaints with the Equal Employment Opportunity Commission. He also pursued action by filing a lawsuit in federal court alleging disability discrimination, failure to accommodate a disabled employee, a hostile work environment, and retaliation.

The employer responded to the plaintiff’s launch of legal claims by making a motion for summary judgment. This is essentially a request by the defendant’s employer that the judge rule that there is no need for a trial because the filings in the matter present no material issue to be addressed by a full-blown trial in court.

The federal judge granted the motion for summary judgment made by the defendant pharmacy chain.

The first point the judge made in his written opinion was that the employer had advanced a “valid rationale” for terminating the employee.

Having reached that conclusion, the judge wrote that the court did not need to consider whether the employee had established a prima facie case for employment discrimination. The repeated tardiness was undisputed and was clearly a valid reason for termination.

The judge also concluded that the claim of a hostile work environment had not been proven.

To meet that burden, the employee would have had to establish “severe or pervasive conduct.”

Also, there was no basis for the allegation of retaliation because of the plaintiff’s chronic lateness. Again, the judge ruled that his repeated tardiness was a valid reason undergirding the employer’s action.

To conclude, the judge ruled that no reasonable jury would rule for the tech, given the facts of the case.

The standard for prevailing on a motion for summary judgment, as stated in the federal rules of court, is “that there is no genuine issue as to any material fact.”

The central issue for the judge is “whether the evidence presents a sufficient disagreement to require submission to a jury or whether it is so one-sided that 1 party must prevail as a matter of law.”

Taking all that into account led the judge to grant the motion for summary judgment and dismiss the suit. 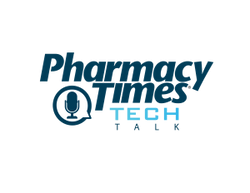 How to Overcome Imposter Syndrome in Pharmacy