Hypothyroidism Is Associated With Lower Risk in Breast Cancer

One in 8 women will develop breast cancer within their lifetime, making it the most commonly diagnosed cancer among women.

Although the association between breast cancer and thyroid disorders remains somewhat controversial, because of inconsistent findings and small cohort sizes, investigators in a prospective cohort study found that women with hypothyroidism who have undergone thyroid replacement therapy and have never used menopausal hormone therapy (MHT) have a lower risk of contracting breast cancer.

One in 8 women will develop breast cancer within their lifetime, according to the authors, making it the most commonly diagnosed cancer among women.

They also noted that earlier studies found an increased risk of breast cancer among women who took MHT, and they therefore hypothesized that the association between breast cancer and thyroid disorders may be most apparent among nonusers of MHT.

To investigate this idea, they conducted a prospective cohort study of multiethnic postmenopausal women aged 50 to 79 years in the United States who were enrolled in both clinical trial and observational study arms between 1993 and 1998 and followed up through February 2017. Development of invasive breast cancer after enrollment was recorded, and a history of hyper- or hypothyroidism before the diagnosis of breast cancer was identified. 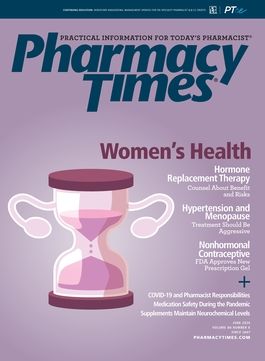