Pharmacists Should Counsel Patients Before They Travel

Pharmacists can, and should, play an important role in counseling patients before they travel anywhere about what to do in the event of a GI illness while vacationing.

Recent reports of tourists falling ill and 10 American tourists dying in the Dominican Republic in the past year have led health investigators there to look into the causes.1

Several media outlets have interviewed many of those who became sick, and the reports from these individuals have yielded a number of potential leads, ranging from reports of becoming sick after drinking at hotel bars to chemical smells in hotel rooms. Meanwhile, these reports have led many tourists to wonder whether they should cancel upcoming travel plans to the country and Dominican representatives, in turn, to hold press conferences seeking to “assure travelers the deaths are isolated events.”1

Although the investigation continues, a common thread among many of those who have visited the Dominican Republic and become sick is reports of gastrointestinal (GI) disturbances, such as cramping and diarrhea. Pharmacists can, and should, play an important role in counseling patients before they travel anywhere about what to do in the event of a GI illness while vacationing.

In one of the articles in this issue, Jennifer Gershman, PharmD, CPh, advises pharmacists about norovirus, an illness that has often been associated with cruise ship travel. In her Patient Focus article, she notes that though medications are not recommended for this viral illness, “pharmacists should advise patients infected with norovirus to drink plenty of fluids to prevent dehydration. Sports drinks and other beverages without alcohol or caffeine can help with mild dehydration. Recommend oral rehydration fluids, such as Pedialyte, to replace important electrolytes lost from diarrhea and vomiting. Severe dehydration may require hospitalization with intravenous fluids.”2

Gershman also touches on some commonsense advice to share with patients to avoid a number of GI illnesses that are commonly seen, especially during the summer months.

“One important tip is washing hands carefully with soap and water for at least 20 seconds, especially after changing diapers or using the bathroom and before eating or preparing food,” she writes. “If soap and water are not available, individuals should use an alcohol-based hand sanitizer that contains at least 60% alcohol.3 Instruct individuals to carefully rinse fruits and vegetables and thoroughly cook shellfish before eating.”

These tips are as important to share with “staycationers” as they are with those traveling domestically and abroad.

Pharmacists should also discuss other preventive tactics with those who are traveling this summer, including counseling about travel vaccinations. Note the importance of using sun protection for those customers enjoying the outdoors and stress using insect repellents to keep campers happy.

Dispensing advice to patients before they head out for some fun in the sun this summer will no doubt lead to better vacations. Give it a try; they will thank you. 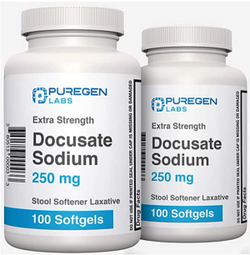 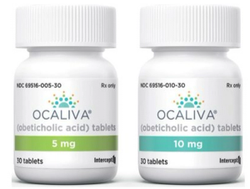