Clinicians should weigh the risks and benefits of each medication to ensure effective and safe care.

Neuropathic pain is caused by damage to the peripheral or central nervous system, preventing neuronal communication to the body centrally and/ or locally. The resulting pain differs from nociceptive pain. The symptoms include, but are not limited to, burning, numbing, shooting pain, and stinging. Because of the mechanism of neuropathic pain, conventional pain relief agents may not provide adequate symptom management. Many common medications, such as norepinephrine, target neurotransmitters or interfere with the erratic firing of neurons, as opposed to μ receptor agonism. Clinical practice guidelines published by international and regional professional associations agree that first-line agents for neuropathic pain should include an anticonvulsant, a serotonin-norepinephrine reuptake inhibitor (SNRI), or a tricyclic antidepressant (TCA), depending on the indication.1-4 As with any medication, clinicians must assess pertinent drug interactions prior to initiation.

Clinicians often use the antidepressants amitriptyline, duloxetine, nortriptyline, and venlafaxine to manage neuropathic pain. An increase in norepinephrine (NE) via inhibition of the transporter can improve symptoms, though these agents also exert effects on the serotonin transporter. NE can be “activating,” leading to adverse effects (AEs) such as elevated blood pressure and insomnia. Although these AEs can be distressing to the patient, the effects of serotonin may be of greater concern. In a review article, Bixby et al assessed the correlation between low- (bupropion, mirtazapine, nortriptyline), intermediate- (amitriptyline, citalopram, venlafaxine), and high- (duloxetine, fluoxetine, paroxetine, sertraline) affinity serotonin reuptake inhibitors (SRIs) and bleeding risk.5 Investigators hypothesized that the association between bleeding risk and serotonin is due to an inhibition of the serotonin transporter on the platelet, leading to a reduction in platelet aggregation.6 The article concluded that high- (duloxetine) and intermediate- (amitriptyline and venlafaxine) affinity SRIs are associated with a higher risk of gastrointestinal bleeding compared with low-affinity SRIs.

Importantly, clinicians must assess confoundingvariables that may predispose a patient to bleeding when serotonin is used in combination with modulating agents. Patients with chronic pain conditions often use antiplatelet agents or nonsteroidal anti-inflammatory drugs (NSAIDs) in combination with SNRIs or TCAs for pain management. The evidence linking bleeding risk and concomitant NSAID/SNRI use is weak, though practitioners should still closely monitor patients taking these drugs.6 Other variables that clinicians should consider include increased age, comorbid conditions (such as liver/renal or peptic ulcer disease), and social history.5

Results of studies show that anticonvulsants, such as carbamazepine, gabapentin, and oxcarbazepine, also manage neuropathic pain. Gabapentin is FDA approved for postherpetic neuralgia but is often used off label for other neuropathic conditions. It exerts its effects by binding to the α2 δ subunit on voltagegated calcium channels to lower the neuronal firing. Because gabapentin does not undergo cytochrome P450 (CYP) metabolism, drug interactions are not of high concern. Renal dose adjustment is the limiting factor for this medication, as it is largely excreted through the kidneys, and higher doses are necessary to treat neuropathic pain.

Conversely, carbamazepine is a CYP autoinducer with a lengthy list of drug interactions. It is FDA approved for trigeminal neuralgia and works by inhibiting synaptic transmission by blocking sodium channels. Carbamazepine is extensively metabolized by the liver via CYP3A4 but also induces several other enzymes, including 1A2, 2C9, and 3A4. Concomitant use of antidepressants is common in the treatment of neuropathic pain, given the complexity of the condition. The use of this combination can be problematic, as these agents often have conflicting effects on CYP enzymes and can lead to a 25% reduction in concentrations of bupropion, mirtazapine, and selective serotonin reuptake inhibitors.7 Prior to initiation and during dose adjustments, clinicians should assess the enzyme metabolism of any medication used in combination with carbamazepine, as it can affect several drug classes.

Initiation of carbamazepine in a patient receiving tramadol is problematic, as tramadol relies on CYP2D6 for conversion to its active form and on CYP3A4 for its inactive form. Carbamazepine may therefore cause a rapid metabolism, leading to quick inactivation, which takes about 3 weeks, so may not be immediately suspected. Lastly, oxcarbazepine works similarly to carbamazepine by blocking sodium channels and stabilizing hyperexcited neuronal membranes.8 It is a weak inducer of the CYP enzymes and therefore does not cause as many drug interactions as carbamazepine and may be better tolerated by patients.

Multiple unconventional agents, including anticonvulsants, SNRIs, and TCAs, have proven efficacy in the management of neuropathic pain. During the initiation and titration of these agents, clinicians need to address multiple variables, including AEs, clearance mechanisms, and clinically significant drug interactions. In addition, practitioners should weigh the risk versus benefit of each medication to ensure effective and safe patient care.

Mallory Kuchis, PharmD, recently completed a PGY-1 residency program at Albany Stratton VA Medical Center in New York and will be completing a PGY-2 in endocrinology next yearJeffrey Fudin, PharmD, FCCP, FASHP, FFSMB, is CEO and founder of Remitigate LLC and the owner and managing editor of paindr.com. He is also an adjunct associate professor at Western New England University College of Pharmacy and Health Sciences in Springfield, Massachusetts, an adjunct associate professor of pharmacy practice and pain management at Albany College of Pharmacy and Health Sciences in New York, and the director of the PGY-2 pain residency at Albany Stratton VA Medical Center. 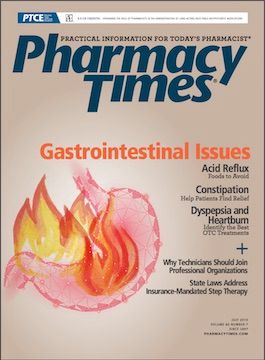