A variety of factors increase the risk of an individual developing Lyme Disease. This article reviews the disease, as well as current treatment and prevention options.

A variety of factors increase the risk of an individual developing Lyme Disease. This article reviews the disease, as well as current treatment and prevention options. 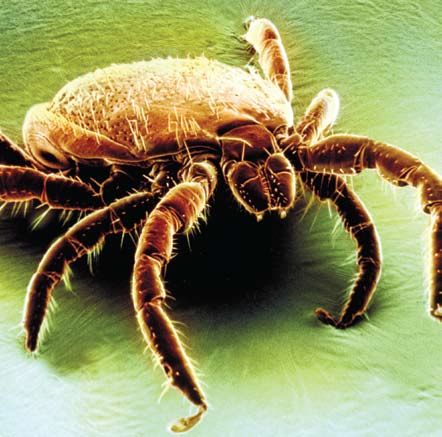 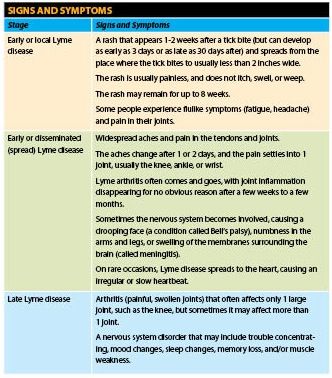 In the late 1970s, an outbreak of arthritis, found primarily in children in eastern Connecticut, set a group of rheumatologists on a course to find a cause. New patients were most likely to appear at their doctors’ offices in the summer and early autumn. Many reported a red, circular rash that was followed by swelling and pain in a few large joints, especially the knee. The doctors looked at laboratory tests for things known to cause arthritis, and found nothing.

Then in 1977, the doctors studied patients who developed the now-familiar bull’s-eye rash and arthritis. Some but not all patients recalled having been bitten by a tick before developing symptoms. The Connecticut doctors saw a link between one type of tick, Ixodes scapularis (also called a deer tick or a blacklegged tick), and what came to be called Lyme disease. They confirmed the association when they isolated a spirochete—a disease-causing bacterium that looks like a spiral under a microscope&mdash;unique to the tick in Lyme patients’ skin, blood, and brain and spinal fluid. This spirochete is called Borrelia burgdorferi. Because ticks that carry this bacterium are very small, some people do not know that they have been bitten.

IS IT LYME ARTHRITIS?

Lyme arthritis is more common now than ever before and the most common tickborne disease in North America. You might be one of the approximately 35,000 people who develop Lyme disease every year if you have any of the symptoms described in the Table. Left untreated, Lyme disease becomes more than just arthritis and can last a long time.

Your doctor will diagnose Lyme disease based on your symptoms and using laboratory tests, if possible. It takes time for antibodies (proteins produced after being bitten and exposed to B burgdorferi) to develop. Some people’s tests do not show that an infection is present if their blood is drawn immediately after a bite, or if they took antibiotic immediately after being bitten. So even if your blood test is negative, the doctor may consider where you live, your activities, and your symptoms to make a diagnosis.

Living in or visiting areas that seem to have a constant population of ticks infected with B burgdorferi usually supports a diagnosis of Lyme disease. Migratory birds can carry infected ticks, however, so you do not necessarily have to live in or visit an infested area. Pets often visit places that host ticks and carry them home and into contact with people. As many pet owners know, dogs can get Lyme disease and need to be treated by a veterinarian. For humans, the chance of getting Lyme disease is greatest in spring and early summer, when ticks are most active and very small (and difficult to see). In mild climates, infection can occur into late autumn.

If caught early, prompt treatment usually cures Lyme disease. If you have recently been infected with Lyme disease, your doctor will prescribe antibiotics for 14 days. Usually, he or she will use doxycycline twice daily, amoxicillin 3 times a day, or cefuroxime axetil twice daily. Other antibiotics also work.

If you are bitten by a tick and remove it within 36 hours of attachment, it is unlikely that you will be infected with B burgdorferi.