Patients with flatulence can experience abdominal pain, stomach cramps, dizziness, and even headaches.

Patients with flatulence can experience abdominal pain, stomach cramps, dizziness, and even headaches. 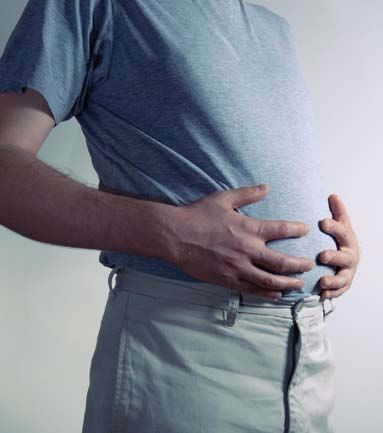 Flatulence is intestinal gas from the rectum; it is both normal and necessary. While everyone does it, discussing it is socially taboo, and parents teach kids from an early age to pass gas in private. Many people find flatulence funny, but excess gas is no joking matter; holding it in can cause stomach cramps, abdominal pain, dizziness, and headaches. Along with physical symptoms, many people with excess gas socially isolate themselves, fearing they will accidently release gas in front of others. Table 1 presents facts about gas; some may surprise you.

â–ºIntestinal gas is a mixture of 5 gases, but only 1% of the gas is responsible for odors. There is no relationship between a gas's odor and its sound.

â–ºGas is released in 1 of 3 ways: burping, from the rectum, or by being absorbed into the blood stream and exhaled from the lungs.

There are 2 main causes of intestinal gas: swallowing air and bacteria that digest food. Most people are surprised to learn we swallow air. We automatically swallow up to 2 quarts of air each day, usually while eating and drinking. A lot of air is also swallowed when we chew gum or drink with a straw. More than 1 cup of air is swallowed when we drink a full glass of water. Eating fast, eating too much, or feeling stressed increases the amount of air we swallow. We burp about 50% of this air, and the rest passes through the intestines and is released from the rectum.

Our bodies cannot fully digest certain sugars and carbohydrates. As bacteria in the colon digest these foods, they release gas. Beans are a well-known example of a food that challenges our digestion; they are notorious gas producers. Some of our healthiest foods (fruits, vegetables, beans, and grains) are also some of the most gas producing. In addition, up to 30% of adults have problems digesting a type of sugar called lactose found in milk and other dairy products. Bacteria in the colon likewise feed on undigested lactose, producing gas.

Medications, such as antibiotics, can change the number or types of bacteria in our bodies, which may lead to excess gas. More than 75 medications are linked to excess gas, including commonly used over-the-counter (OTC) pain relievers, antidepressants, calcium supplements, cholesterol-lowering drugs, and hormone replacement medications.

What Can I Do?

Many people mistakenly believe they produce excess gas when in fact they do not. The first step is to keep a diary for 2 weeks, noting the number of times you pass gas each day. If you have a bed partner, they can tell you if you pass gas during sleep. When we are sleeping, we pass gas produced by bacteria, but not gas from swallowed air. If your daily number is lower than 20, then you have normal gas production. If you are producing excess gas, there are several things that might help.

• Decrease your intake of even a few gas-producing foods (see Table 2). While this may help, most people are more likely to live with excess gas than adhere to strict diets. Meats, fish, nuts, and berries don’t produce much gas.

• Avoid the artificial sweeteners sorbitol and mannitol found in diet and sugar-free foods; these can produce excess gas.

• Because you may have a problem digesting lactose and not know it, consider a lactose-free diet for 2 weeks and see if it makes a difference. You do not have to eliminate all dairy products; look for lactose-free labels.

• Several over-the-counter products exist, including Beano, lactase supplements (eg, Lactaid), simethicone (eg, Gas-X, Mylanta), and activated charcoal tablets. Some agents target stomach gas and others target gas from foods. Each agent works differently, and your local pharmacist can recommend one that might help you. 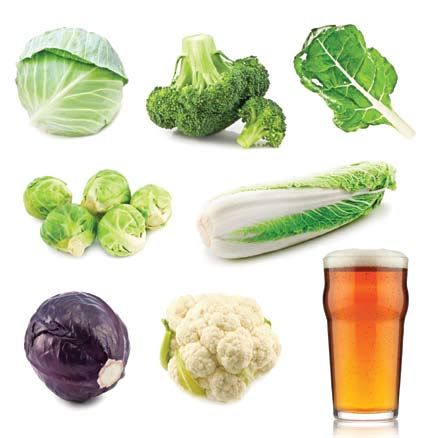 • Ask your pharmacist if any of your medications might be responsible for gas. If so, ask your doctor if another type of medication can be used. Do not discontinue any medication without your doctor’s approval.

• Try smaller but more frequent meals, and eat slowly. Avoid carbonated beverages and beer. Do not drink with a straw.

• If you feel stressed, there is a good chance you are swallowing more air. Discuss your stress with your doctor; treating your stress will decrease gas.

• If you are concerned about odor, dietary changes may help. Foods associated with strong gas odors are broccoli, cauliflower, cabbage, Brussels sprouts, and beer. Several companies make products to help reduce gas odors. Briefs made from carbon fibers absorb almost all of the odors from gas. Pads made from carbon are also helpful, absorbing about 55% to 77% of odors. Cushions containing carbon are the least effective.

â–ºDiary: Milk and foods made with milk (eg, cheese) and packaged foods containing lactose, such as breads, cereal, and salad

Talk to Your Doctor

Many patients are embarrassed to mention excess gas to their doctors. Don’t be! Generally, excess gas by itself is not related to serious illness, but if you also have stomach pain, diarrhea or constipation, vomiting, weight loss, heartburn, or rectal bleeding, please see your doctor as soon as possible. When these other symptoms are present, your excess gas and cramping may be related to a more serious condition, such as inflammatory bowel disease, Crohn’s disease, or ulcerative colitis. Your doctor most likely will send you to a specialist called a gastroenterologist—a doctor that specializes in the digestive system.