Prescription medications are vital to optimal patient outcomes, but they are also becoming increasingly expensive.

Prescription medications are vital to optimal patient outcomes, but they are also becoming increasingly expensive, according to moderator John O’Brien, PharmD, MPH, president and CEO of the National Pharmaceutical Council. Novel therapies are emerging for a myriad of conditions, but the high costs and new administration models are outpacing the preexisting benefit management systems.

“These therapies aren’t inexpensive, and employers and other claims sponsors are increasingly being forced to pay for these treatments in a drug benefit that was designed for blood pressure and cholesterol medicines from the ‘90s,” O’Brien said.

Panelist Elizabeth Mitchell, president and CEO of Purchaser Business Group on Health, agreed and said that she has seen a growing level of frustration among the corporations and entities that she represents. Mitchell explained that she represents large employers that bear the risks of insurance claims, and as drug prices have skyrocketed over the past 2 years, she said these payers have become increasingly unhappy.

“They want to pay for quality, outcomes, value, and now equity,” Mitchell said. “That is their strategic aim.”

One novel new benefit management model has come from this frustration. When the organizations found that partners such as PBMs or health plans were unhelpful, they decided to contract directly in order to bypass the red tape and lack of transparency in the existing system.

Transparency was a major theme for all of the panelists. Because of a lack of clarity from PBMs, Mitchell said that not only are customers unable to get access to the care that they deserve, but key data are also inaccessible. Many PBM contracts even have clauses that prohibit the disclosure of some data, she added.

EmsanaRx is the PBM founded to bypass the challenges that Mitchell’s clients were finding in the preexisting system. Founder and CEO of EmsanaRx, Greg Baker, RPh, agreed that transparency is a major obstacle in the health care system and benefit management system overall. He also added that these problems lead to pharmacy deserts and the lack of equity that is currently being seen across the health care system.

Community pharmacies, in particular, have seen a steadily decreasing margin because of PBM costs and the lack of data transparency, Baker said. He added that the primary controllable expense is payroll, so many pharmacies have turned to cutting their employees and even closing their doors entirely.

“Those stores don’t close in affluent neighborhoods,” Baker said. “They close in the lower-income neighborhoods, neighborhoods of marginalized people and populations. And so, we’re really creating these pharmacy deserts in the process.” 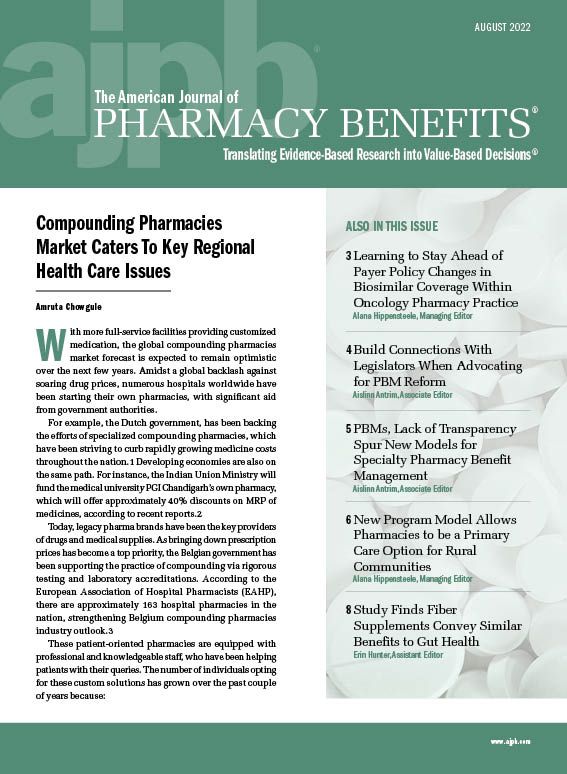