New Therapy May Aid in Treatment of Methamphetamine Use Disorder

A new therapy that combines 2 existing medications may help provide relief for those battling debilitating methamphetamine use disorder, according to a study published in The New England Journal of Medicine.

In 2018, 1.9 million Americans reported using methamphetamines, according to the Centers for Disease Control and Prevention (CDC). More than 10,000 people died of drug overdoses involving psychostimulants with abuse potential in 2017, according to the CDC.

Stimulant use can also lead to high blood pressure and increased heart rate, resulting in organ failure and heart attack. Currently, no drug exists to treat methamphetamine use disorder.

The multisite study placed participants into either a study group or a placebo group. For those in the study group, 380 milligrams of naltrexone, a drug used to treat alcohol and opioid addictions, was administered once every 3 weeks. Additionally, they were also administered a daily dose of 450 milligrams extended-release bupropion, a common antidepressant.

According to the study, a positive result was seen in 13.6% of the study group compared with 2.5% in the placebo group. During the second stage of the study, 225 participants who did not respond when given the placebo were reenrolled for 6 more weeks in order to lessen the effect of a false reaction.

"It's unbelievably exciting that we have the first-ever positive treatment results for this addiction," said lead study author Madhukar Trivedi, MD, a University of Texas Southwestern professor, in a press release. "The medical field has not been able to find a treatment for people suffering from meth use disorder."

Since both drugs have already been approved by the FDA for other purposes, care providers can immediately start treating patients suffering from addition to stimulant methamphetamine, according to study authors. 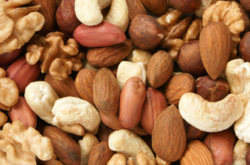