The Crohn’s disease Exclusion Diet may help to increase the food options available for many children with the condition.

Restrictive diets may be effective in treating Crohn disease, especially among pediatric patients, according to a study published online in Nutrition in Clinical Practice. Unfortunately, these restrictive diets can be difficult and necessitate a family commitment for several months.

However, a new diet called Crohn’s disease Exclusion Diet (CDED) may help to increase the food options available for many children with the condition. For the study, the authors evaluated the efficacy of CDED compared with exclusive enteral nutrition (EEN) for remission induction of patients with Crohn disease.

EEN involves a liquid polymeric enteral formula delivered orally as the lone source of nutrition for 6 to 8 weeks and is considered a first-line treatment for pediatric patients with Crohn disease, according to the study.

CDED, which combines a specific whole-food diet with partial EN, was created to reduce exposure to dietary components found to cause adverse effects on the microbiome and intestinal barrier.

Phase 1 of the diet involves a remission induction period for 6 weeks in which 50% of energy is derived from strictly determined food types and quantities, whereas the remaining 50% comes from enteral formula. In phase 2, patients are allowed a broader spectrum of foods for 6 weeks. The final maintenance phase of the diet lasts approximately 9 months.

Although promising, the data on efficacy are scarce and were limited to a single randomized controlled trial and various case reports. In the retrospective analysis, the investigators examined 61 pediatric patients with Crohn disease and a median age of 14.4 years. Each patient was treated with CDED plus partial EN or with EEN.

Eighty percent of the patient population assigned to the CDED arm underwent 1 to 2 weeks of EEN before beginning the predetermined study diet. The investigators also gathered data from the medical charts of the entire patient population before the introduction of diet therapy, as well as at the conclusion of phase 1 of the study.

The investigators did not find a significant difference in the failure of nutrition therapies between the competing arms (P = .469), however, patients in the CDED arm had significantly higher weight gain (P = .002) and increases in body mass index (BMI) z-scores (P = .001).

There was also no difference in disease activity, disease location, duration of symptoms, and presence of upper gastrointestinal or perianal disease, laboratory parameters, failure of nutrition therapy, and the need for corticosteroids between the 2 groups.

“Treatment with CDED + PEN (with prior 1–2 weeks of EEN) has comparable efficacy to EEN therapy alone in inducing remission in children with CD, and it leads to better weight gain,” the authors wrote. 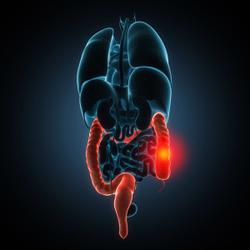 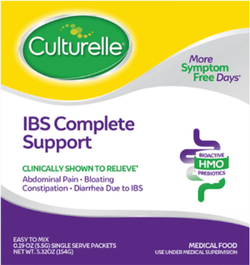