AL amyloidosis is rare blood cell disorder characterized by deterioration of vital organs, such as the heart, kidneys, and liver. According to investigators, the study showed increased rates of organ response with no new safety signals in patients taking daratumumab and hyaluronidase-fihj in combination with bortezomib (Velcade; Takeda), cyclophosphamide and dexamethasone (D-VCd).1

Longer-term results from a median follow-up of 20.3 months showed rates of hemCR remained significantly higher in patients treated with D-VCd compared to patients taking only bortezomib, cyclophosphamide and dexamethasone (VCd).1,2

“Patients with AL amyloidosis, including those with advanced organ dysfunction, often face poor outcomes, and as many as 30% die within the first year of diagnosis,” said Efstathios Kastritis, MD, professor of clinical therapeutics at the National and Kapodistrian University of Athens School of Medicine, Athens, Greece, and a study investigator, in a press release. “The longer-term results from the ANDROMEDA study show sustained overall deep hematologic responses and further establish the subcutaneous formulation of daratumumab as part of a new standard of care regimen in 2 patients with AL amyloidosis.”

Previous results from the phase 3 study supported the FDA’s accelerated approval of D-VCd. According to Janssen, the drug represents the first-ever FDA-approved therapy for the treatment of AL amyloidosis; however, continued approval for this indication may be contingent upon results of confirmatory trials.1

Daratumumab and hyaluronidase-fihj is not indicated nor recommended for the treatment of patients with AL amyloidosis who have NYHA Class IIIB or Class IV cardiac disease or Mayo Stage IIIB outside of controlled clinical trials.1

“These updated efficacy and safety results show the potential impact [daratumumab and hyaluronidase-fihj] can have in treating AL amyloidosis,” said Jessica Vermeulen, MD, PhD, vice president, clinical development, Janssen Research & Development, in a press release. “Following the FDA approval earlier this year, these latest data are a result of our commitment to further exploring the potential of [daratumumab and hyaluronidase-fihj] in hematologic and rare diseases for patients in need of new options.”

HOPA Expert: To Mitigate the ‘Great Migration of Hematology/Oncology Pharmacists,’ First We Need to Understand Why 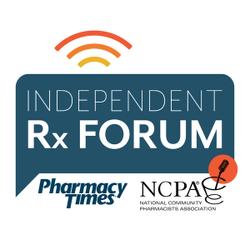