Misinformation from the Drug Industry

The 340B program helps rural and urban safety-net health providers care for underserved patients across America every day.

Disclaimer: Opinions expressed by authors are not necessarily those of Pharmacy Times, its editors, or its editorial advisors.

This is a response to the article “Concerns Persist about the 340B Program.”

According to criticisms such as “Concerns Persist about the 340B Program,” it is awash in negatives. However, the truth is very different. The program helps rural and urban safety-net health providers care for underserved patients across America every day.

Let’s start at the beginning. The 340B law was created in 1992 to help eligible nonprofit and public health providers “stretch scarce federal resources as far as possible, reaching more eligible patients and providing more comprehensive services.” What irks critics is that the program has succeeded so well, generating an estimated $4.5 billion in savings annually.2 That helps fund free and sliding-scale medicines for the poor, as well as clinical services for patients with HIV/AIDS, diabetes, cancer, cardiac, hemophilia, and much more.

The drug industry would prefer this money to quietly sink to its well-padded bottom line. And, the industry is pushing hard in Washington to curtail hospital and patient eligibility in the 340B program. Particularly problematic is the insistence that the program be limited to the indigent uninsured.3

The ability to provide 340B medications to eligible insured patients has been the essential (and entirely legal) funding mechanism of the program since the very beginning. Without it, the costs of administrating 340B would often outweigh the benefits. Serving patients who cannot pay for care is incredibly expensive. Here are some important facts about 340B safety-net hospitals:

There is no doubt safety-net hospitals use their 340B savings to treat the needy. Results of a recent survey of members of the hospital trade association 340B Health show the program helps fund discounted medications for low-income patients, medication therapy management, patient counseling, and clinical services. If the program were eliminated, 78% of hospitals said drug costs would increase for uninsured and underinsured patients, and 40% said it would lead to the closure of 1 or more clinics.6

“Concerns Persist about the 340B Program” relies on several flawed studies in critiquing safety-net hospitals. The first, by Rena Conti and Peter Bach, makes the essential mistake of looking only at the location of hospital clinics and not at the patients who visit them. In many cases, poor patients ride 2 buses to get to a hospital cancer clinic that might be in a more affluent zip code than where they reside. Go sit in the waiting rooms of your local safety-net hospital, and you will not find representatives of the Saks Fifth Avenue crowd fingering the keys of their Mercedes Benz. Wealthy patients do not go to clinics—they see their own private physicians.

The second report analyzing the socioeconomics of contract pharmacy locations is an industry-funded exercise in data cherry-picking. Median income is a poor measure of the neighborhoods in question and ignores the common occurrence of pockets of low-income individuals living in more affluent areas.7 In addition, the study ignores the number of 340B scripts written at selected pharmacies, so there is no way to judge the volume of business conducted. How many 340B scripts are really written at a pharmacy 75 miles from the contracted hospital? And why was that store selected in the first place by the authors? Hospitals often make contracting arrangements with pharmacy chains and have no say in where individual stores are situated.

I hope by now you sense a theme. Big pharma and its supporters have gone to great lengths to smear hospitals in the program or outright accuse them of wrongdoing.8 Why? Because wealthy pharmaceutical companies do not want to share the burden of caring for America’s poorest patients. Meanwhile, industry profiteering continues unabated on lifesaving medications such as Narcan.9 The 340B program works as designed and is far too important to let the drug industry get its way.

Cynthia Martens, PharmD, is Director of Pharmacy at Monroe County Hospital in Monroeville, AL, and a board director for 340B Health. 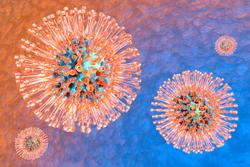