Metformin use is associated with a reduced risk of glaucoma development among diabetics.

Metformin use is associated with a reduced risk of glaucoma development among diabetics.

To examine whether the caloric restriction mimetic agent would be linked with a reduced risk of open-angle glaucoma in patients with diabetes, a team of researchers relied on a retrospective cohort of patients aged 40 years or older in a large US managed care network from 2001 to 2010. All 150,016 patients had diabetes and no preexisting record of open-angle glaucoma.

The researchers discovered that a total of 5893 patients (3.9%) from the cohort developed open-angle glaucoma over the study period. Those in the highest quartile of metformin hydrochloride use (>1110 g in 2 years) had a 25% reduced risk compared with those taking no metformin.

“A likely explanation for our findings might be that the mechanism of risk reduction is taking place by caloric restriction mimetic drug mechanisms that target aging pathways rather than through glycemic control of diabetes,” researcher Julia E. Richards, PhD, told Pharmacy Times. “Since this study was done in a diabetic population, our conclusions are currently limited to this population, and further studies would be needed to tell if this could be extended to other populations.”

Nevertheless, Dr. Richards said that caloric restriction mimetic drugs may have the potential to reduce the risk of other late-onset diseases, too.

“If you go look in the literature, you will see that rapamycin, resveratrol, and metformin are all associated with reduced risk of a variety of later-onset diseases, and there are lots of other late-onset diseases that have not been looked at yet.”

After further analysis on potential confounding factors like use of metformin and other diabetes medications, the researchers discovered that the risk for developing open-angle glaucoma increased by 8% for each unit increase in glycated hemoglobin level.

These findings were published in JAMA Oncology. 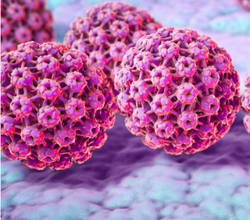