Melatonin: Considerations for Use in Patients With Sleep Disorders

Melatonin, an endogenous, or natural, hormone mainly produced by the pineal gland in the brain, regulates several body processes, including circadian rhythm and sleep patterns.

Melatonin can be given exogenously, such as in the form of a synthetically produced supplement, and has been investigated for various medical conditions, most commonly sleep disorders, including jet lag, insomnia, shift-work disorder, and other circadian rhythm disorders (eg, delayed sleep phase syndrome or non—24-hour sleep–wake disorder).1,2

When given exogenously, melatonin is proposed to improve sleep onset latency (time to fall asleep) rather than cause drowsiness to induce sleep.2,3 Doses of 1 mg to 5 mg of melatonin taken at night can produce 10 to 100 times higher nighttime peaks within an hour when compared with endogenous peaks.3 Metabolism of melatonin occurs in the liver, resulting in a relatively short half-life of 30 minutes to 60 minutes.3 Most exogenous melatonin is synthetically produced.2 Less often, it is produced from animal pineal gland; bovine derivations should be avoided because of possible bacterial contamination.2

Melatonin appears to be safe for short-term use in the general population as an 8-mg dose per day for up to 6 months. Even with larger doses (up to 10 mg, which is safe to use for up to 2 months), only mild adverse effects (AEs) such as dizziness, headache, nausea, and drowsiness were generally reported. Some patients may be able to take melatonin safely for up to 2 years.1 Long-term studies of the use of melatonin for up to 2 years in children have shown similar AEs as those in shortterm studies; however, because these studies are limited, long-term use of melatonin should occur under health care provider supervision, regardless of age.1,5

There is a lack of evidence in pregnant women regarding safety, and so melatonin should be avoided in this population. Higher doses (75-300 mg/day) have been associated with inhibition of ovulation, and so patients desiring to become pregnant should avoid high or frequent doses.1,5 Few data are available regarding use in lactation, and so women who are breastfeeding should be counseled to avoid use.1,5

In children, melatonin may be safe when used short term in low doses. Dosing should be limited to 3 mg daily for infants (aged >6 months) and children. Melatonin use in adolescents may potentially affect sexual hormones and development, so doses should not exceed 5 mg daily if medically needed. Otherwise, it should be avoided for healthy children.1,5 Elderly patients may be more susceptible to AEs such as daytime drowsiness because of decreased clearance of the drug in this population.5 Melatonin is specifically not recommended in elderly patients with dementia who have irregular sleep—wake rhythm disorder.6

Melatonin has been studied in a variety of sleep disorders, but evidence is often weak or conflicting because of smaller or lower-quality studies. Most evidence supports its use in delayed sleep phase syndrome, non—24-hour sleep–wake disorder in the blind, and primary insomnia.1,6 It is often used for occasional insomnia, although evidence and dosage is less certain.2 In chronic insomnia, there is evidence of a slight reduction in sleep onset latency (about 7-12 minutes) compared with placebo and a small improvement in subjective sleep quality.1,7,8 However, the American Academy of Sleep Medicine and the American College of Pharmacy both state that sufficient evidence is lacking to recommend use of melatonin in the general population for chronic insomnia.7,8 Despite the lack of evidence, guidelines recognize that an informed patient would be more likely to use melatonin over no treatment.8 An overview of melatonin efficacy in insomnia, along with other sleep disorders, can be found in the table.1,2,6-14

Pharmacists can counsel patients on selecting products to ensure that they choose the intended product strength (eg, melatonin can be dosed in both milligrams and micrograms: 0.3 mg or equivalently, 300 mcg). A 300-mcg dose of exogenous melatonin produces higher-than-normal physiologic concentrations, and so high doses are not usually necessary.2 Lower doses may also minimize potential AEs such as dizziness, headache, nausea, and sleepiness, but no study results support this.5 Patients should be counseled on appropriate timing of dose and length of use depending on indication (eg, 30-60 minutes before bedtime for insomnia).2 Additional details can be found in the Table.1,2,6-14 Regardless of whether a patient chooses to use melatonin for sleep disorders, patients should be counseled on appropriate sleep hygiene, such as establishing a regular sleep pattern, avoiding daytime naps, and avoiding use of electronics before bed.15

Strong evidence from long-term clinical trials evaluating the use of melatonin for sleep disorders is lacking. Although some evidence shows modest benefit in reducing sleep onset latency and improving sleep quality, the overall clinical impact may be limited. However, melatonin is generally regarded as safe in the general population, with only mild AEs reported. As such, despite the lack of strong evidence, patients may opt to try melatonin to help with sleep disorders such as insomnia or jet lag. 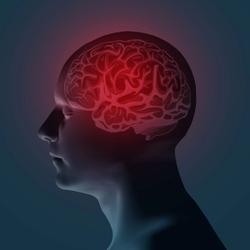