These findings could lead to improved therapies and prolonged survival for patients with metastatic TNBC, according to the study authors.

Investigators have identified the mechanism that allows triple-negative breast cancer (TNBC) to evade treatment with sacituzumab govitecan (SG), according to a study published in Cancer Discovery. These findings could lead to improved therapies and prolonged survival for patients with metastatic TNBC, according to the study authors.

“This is the first report describing mechanisms of acquired resistance to sacituzumab govitecan,” said Aditya Bardia, MD, MPH, in a press release. “The findings have potential clinical significance for guiding antibody-drug conjugate sequencing for patients with breast cancer.”

SG, an antibody-drug conjugate, is designed to specifically seek out breast cancer cells and deliver SN-38, a cancer-killing compound. Although it has been shown to be an effective treatment for metastatic TNBC, certain patients develop drug-resistant disease or do not benefit from SG. According to the study, the investigators have identified 2 separate alterations in the genome of TNBC cells that allow them to develop resistance to the antibody-drug conjugate.

The investigators studied the genomic profiles of tissues sampled both before treatment and after disease progression, finding that there were different molecular mechanisms of resistance in different metastatic lesions from one woman who had an initial robust response to SG but later had disease progression and died from the disease.

“All of the resistance mechanisms were driven by genetic changes in the metastatic tumor cells that were not present in the primary tumor,” said Leif Ellisen MD, PhD, director of Breast Medical Oncology at Mass General Cancer Center, in the release. “Remarkably, in one set of metastatic lesions there was a mutation in the Trop2 target of the antibody, and in another set of lesions there was actually a mutation in the target of the cytotoxic [cell-killing] payload.” 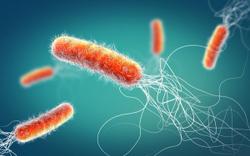